The ECO raffle of Iasi came from CMCI! 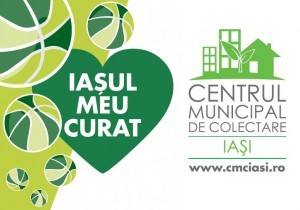 and Municipal Collection Center of Iasi.

Romanians still don't have the solid reflex of sorting their household waste and selectively collecting it for recycling. So in order to boost the interest of the citizens of Iasi in these activities, ECOTIC, alongside Iasi City Hall, SALUBRIS SA and Innovation Norway launched a new raffle at the Municipal Collection Center of Iasi.

During May 28th - June 4th 2016, the people of Iasi were invited to come to the Center located in 26, Gradinari St. and hand over their household waste. They had a chance of winning one of the 8 electrical and electronic equipment for any piece of collected waste handed over.

Project supported with funding from the Norwegian Government through Norwegian Grants 2009-2014 within financing domain Green Innovation in Romania's Industry.