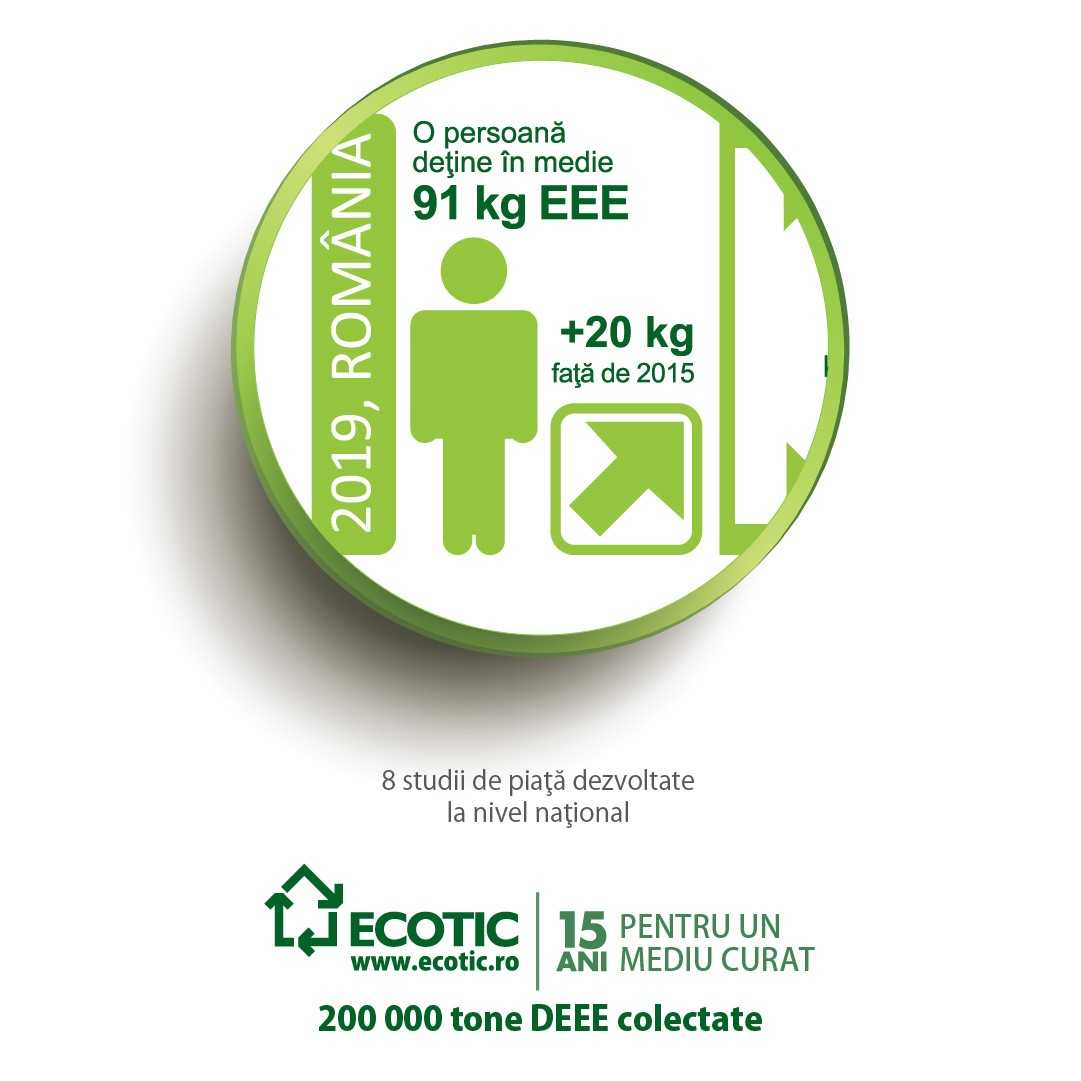 ECOTIC conducted studies for the first time in Romania, studies that revealed the situation in the field. Romanians want to collect, they want to recycle, but many of them do not know how or where. We found out some interesting things that we want to make available to you.

The 2019 study was conducted by Sofies UK, with the support of the National Institute for Economic Research, at the request of ECOTIC.

As a comparison, in Romania in 2019 a person owns on average 91 kg of Electrical and Electronic Equipment (EEE), increasing by 20 kg compared to 2015, but less than half compared to a person from Italy or France. Of these, 7,2 kg are stored even if they are not used or functional, and 8,3 kg / person are taken out of the house as Waste Electrical and Electronic Equipment (WEEE).

Other market studies carried out by ECOTIC, such as “Perception of the population and producers about WEEE collection, 2016","Positive evolution of awareness of electrical waste”And others can be found here.