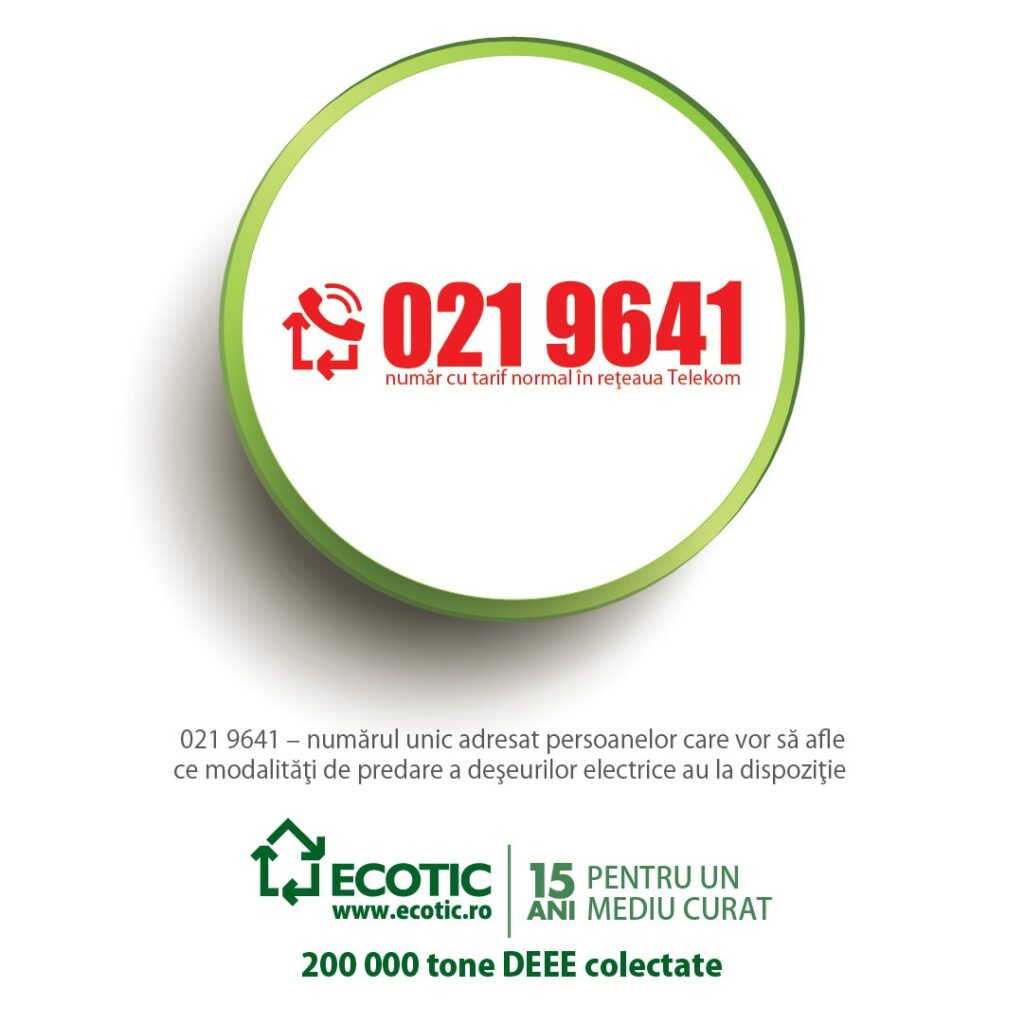 In October 2020, ECOTIC launched the unique number 021 9641 addressed to all those who want to know what ways to hand over waste electrical and electronic equipment (WEEE), including light bulbs and neons and waste batteries and accumulators (DBA) at mood.

In one year of activity, ECOTIC provided support to over 2500 people who requested guidance and possibly assistance in handing over electrical and battery waste on the correct recycling flow.

What information can be requested?

Which counties and municipalities can you call from the call center number to place an order to pick up electrical waste at home?

For 15 years we have been developing services and campaigns to support citizens, and through this service we want all citizens to have access to the correct information regarding the separate collection of electrical waste and batteries and to receive all the support they need in fulfilling responsibilities towards the environment.