Participate in International Battery Day by handing over used batteries for recycling! 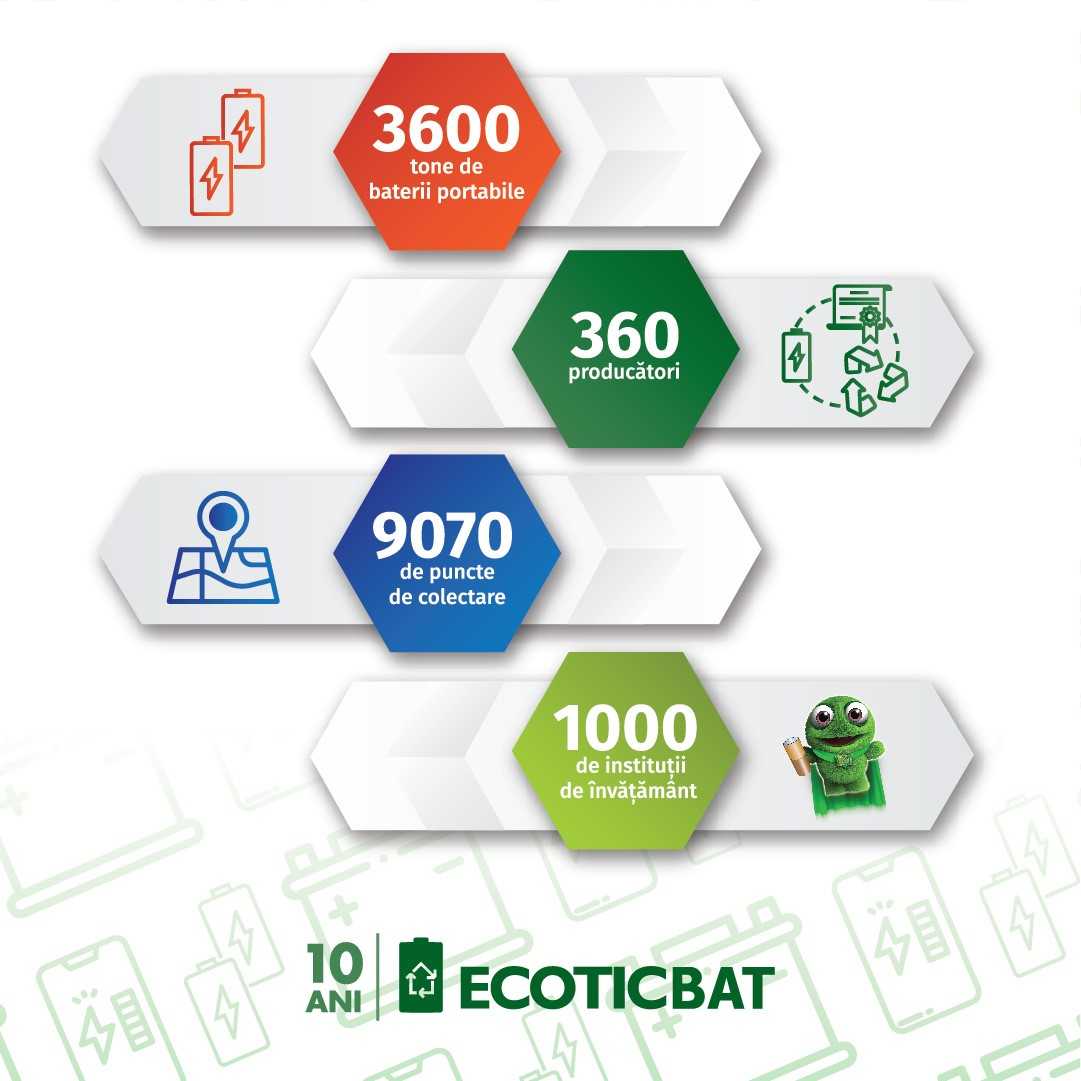 With the occasion International Battery Day (February 18) ECOTIC BAT marks the results of those 10 activity and organizes a series of awareness-raising activities to remind the general public of the correct route of spent batteries for recycling.

Why hand over used batteries for recycling?

Batteries are part of our daily lives because we use more and more portable equipment that requires this energy source. Unfortunately, millions of portable batteries end up in landfills every year, releasing harmful substances into the soil and later into the groundwater, thus endangering our health.

By handing over used batteries for recycling, we recover metals that can be reused: from 100 kilograms of batteries we can recover up to 65 kg of raw materials.

Where can we get used batteries?

Stores selling batteries and accumulators have collection containers dedicated to waste batteries. We invite you to identify the nearest portable portable battery collection point above 9070 from the ECOTIC BAT network www.ecotic.ro/puncte-de-colectare/

Occasion International Battery Day, ECOTIC and ECOTIC BAT in partnership with DN1 Value Center, Balotești, organizes during February 15 - 28 o campaign to collect used electrical toys, these being the objects that generate the most consumed batteries. Parents are invited with their little ones to bring broken electrical toys from home to recycle, as well as those still functional to be donated. Also on Sunday February 20, between 11:00 and 12:30, in the food court area, they will be supported by the ECOTIC team educational workshops on separate waste collection.

ECOTIC BAT results in the 10 years of activity

Awareness is one of the priority directions of ECOTIC BAT, as evidenced by the educational campaigns and projects carried out: Little ones do great deeds, addressed to kindergartens and Ecoterrians' School, addressed to schools. Children from fish 400 kindergartens and 600 schools they learned how to collect electrical and battery waste separately while learning how to help protect the environment. ECOTIC BAT also launched an educational animation in 2020 that highlights the dangers to which children are exposed when parents do not pay enough attention to the storage of small batteries. At the same time, it presents the main steps that parents must follow in these situations.

Animation as well as other relevant information is available here www.ecotic.ro/baterii