The conference was attended by representatives of: the European Commission, the Ministries of the Environment from several EU member states (including Romania), the WEEE Forum member organizations, the EEE producers and the WEEE recyclers.

Starting from the proposed central theme - "WEEE, Environment, Economy and Jobs", the Conference evaluated the impact of the WEEE Directive 2 in the European space from an ecological, economic and social perspective.

As highlighted in the debates, one of the most important implications of the new Directive for producer organizations is the new WEEE collection targets: 45% of the average weight of EEE placed on the market, starting with 2016, and 65% respectively. , three years later. Achieving the targets set by the new Directive will require special efforts, given, on the one hand, the fact that currently only 30-40% of e-waste is officially collected and reported at European level and, on the other hand, the huge differences that exist. in Europe in terms of collection infrastructure, consumption habits and awareness of the population of the Member States. In this context, the need to improve the selective collection flows of WEEE, the amplification of consumer awareness and information actions, the conclusion of partnerships between collective organizations, local councils and municipalities, educational institutions was highlighted.

It was emphasized that the new WEEE collection targets will have a positive impact on the economy by increasing the capitalization of secondary material resources and the development of treatment activities, under the conditions of application of "enforcement" by national authorities.

Last but not least, it is believed that the new targets will provide opportunities for job creation in the European recycling industry.

In this regard, Karl Falkenberg, Director General of the Environment Department, European Commission, estimated that the implementation of the new WEEE Directive will lead to the creation of about 400.000 jobs in the field of electronic waste collection and recycling.

We provide the study "The challenge of transposing WEEE 2 into national law", conducted by WEEE Forum and presented at the Conference, which summarizes the main issues facing the authorities and producers in the process of transposing the Directive into national legislation: WEEE flow generated, waste delivery, consumer behavior, access to WEEE, reaching collection targets, law enforcement, banning the illegal export of WEEE, reuse, new standards for collection, transport and treatment (eg WEEELABEX), resource efficiency. 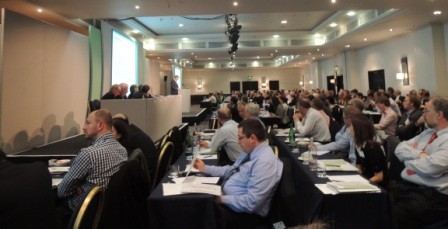 We also provide presentations at this conference.

← Green Day in your organization! "Change waste with Samsung technology" in sector 6, at the end →