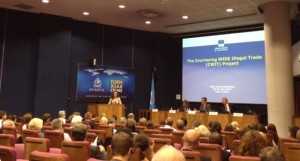 ECOTIC participated in the final Conference of the Countering WEEE Illegal Trade Project held at the Interpol headquarters in Lyon between June 25-26.

The project, coordinated by WEEE Forum and Interpol, started from the following finding: only 3,3 million tonnes of WEEE out of a total of 9,3 million were officially reported by the authorities as being properly collected and treated in Europe in 2012. .

At the same time, given that e-waste contains valuable raw materials such as gold, copper and palladium, illegal trade in WEEE is counteracting the EU's efforts to achieve a more sustainable circular economy.

The authors of the Final Report presented a set of recommendations on improving waste streams, normalizing the waste market and counteracting criminal groups involved in illegal trade in WEEE. 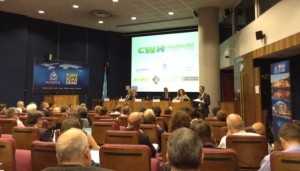 ← ECOTIC’s standpoint regarding the Parliamentary debate on GEO 5/2015, prior to its becoming law Debate Sectoral measures and institutional obligations for streamlining the policy of separate collection and recovery of WEEE →