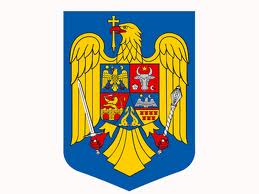 The GEO is currently being debated in the parliamentary committees and will be submitted as a law in plenary.

The directive brings changes in this area, being mainly an update of the old directive from 2003.

In order to increase the performance in the collection and recycling of WEEE in environmental protection conditions, the Directive and implicitly GEO 5/2015 want to define some terms more clearly, to simplify the highlighting of EEE and WEEE (change of classification in 2018) and to establish clearer responsibilities. Since in the meantime the waste directive (transposed in Romania by law 211/2010) has also been revised, it has been necessary to adapt to the new terms defined in it - for example, we have moved to “separate collection” from “selective collection”.

From the point of view of consumers, they are informed of the amount contained in the price of an EEE that they pay for the recycling of the respective equipment and of the one generated by the respective acquisition. The consumer is obligatorily informed that he has the possibility to bring to the store (or to deliver in the same form of purchasing the product - for example when purchasing online) the old equipment, at least for free. For very small WEEE (any side of a WEEE less than 25 cm) can take them to any store that has electronic sales space of over 400m2.

Manufacturers are designated responsible for reaching the collection targets which means 40% in 2016, 45% between 2017 and 2021 and 65% in 2021, targets calculated compared to the EEE average placed on the market in the previous 3 years. To achieve these targets, the authorities have clearly defined who is able to collect WEEE as well as who to treat it. Thus, in addition to the public collection service, distributors are allowed to carry out collection operations only operators who have contracts with producers or collective organizations or with operators who carry out WEEE treatment on behalf of producers.

Another element that will impact both producers and operators in the WEEE flow is the restructuring of EEE / WEEE categories in 2018, from 10 categories to 6, following the flows in the operational area: heat transfer equipment, screen equipment, lamps, large equipment , small equipment and Hi-tech.

Producers and operators of WEEE treatment are obliged to reach recycling and recovery targets, targets that are calculated according to a new formula: the amount of fractions reached at the recovery / recycling facility related to the amount of WEEE collected in that year.

Collective organizations have received a new definition that includes the term "exclusive" to the activity of taking over and carrying out responsibilities.

Another novelty refers to the minimum requirements for transfers outside Romania, thus clarifying what should accompany EEE that are from WEEE ready for reuse (Annex 12).

GEO 5/2015 stipulates that some subsequent Ministerial Orders will follow in 90 days from its appearance, orders that we hope will bring additional clarifications.

Time will tell whether these legislative changes have made progress in improving the national WEEE management system, which is currently affected by fictitious reporting, irresponsible operators and inactive local authorities.

← Diana Grosu became the second WEEELABEX auditor of ECOTIC and the third in Romania ECOTIC invited EEE producers on a unique route in the Comana Natural Park, in the middle of clean and beautiful Romania →