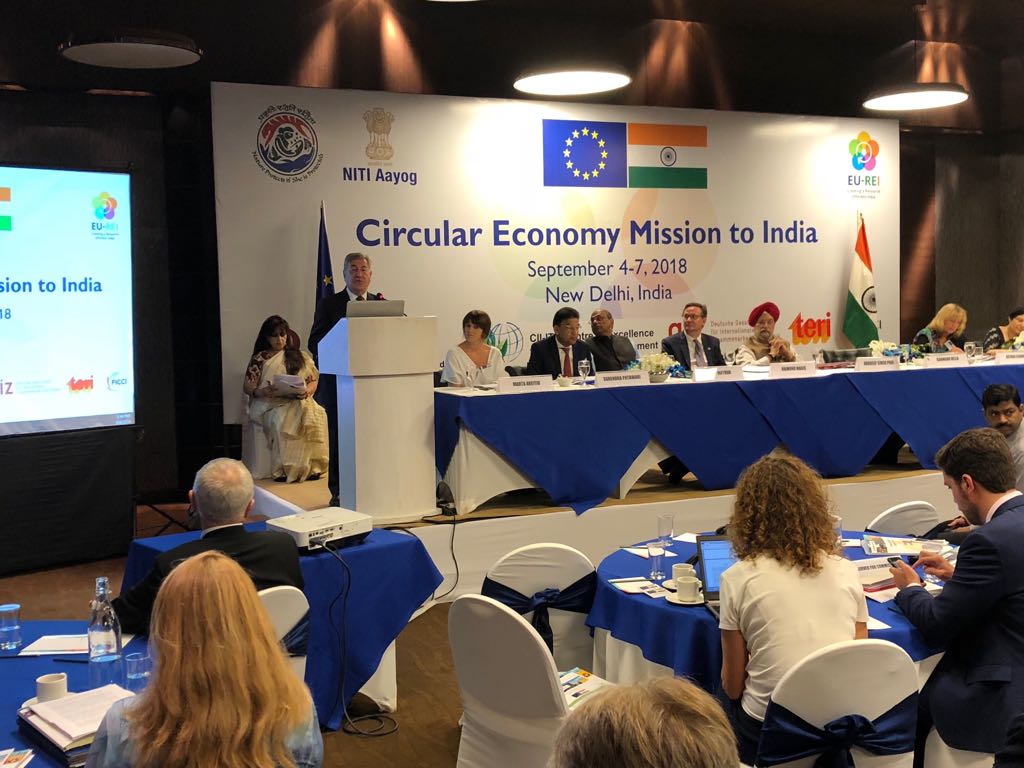 Commissioner Vella was accompanied by a delegation of 80 businessmen, entrepreneurs and experts from 16 European countries, representing various fields of activity such as energy, transport, waste management and recycling, research and development.

The European delegates had a beneficial dialogue with Indian partners, exchanges of ideas and good practices and identified opportunities and ways of collaboration in the common process of transition from the linear economy to the circular economy.

As Commissioner Vella said, “The circular economy offers a favorable agenda for bilateral cooperation between the European Union and India. The European Union, with its vast experience in resource efficiency and implementation of the principles of the circular economy, and India, as a holder of a strong culture of innovation and entrepreneurship, can make a difference in the global economy. " 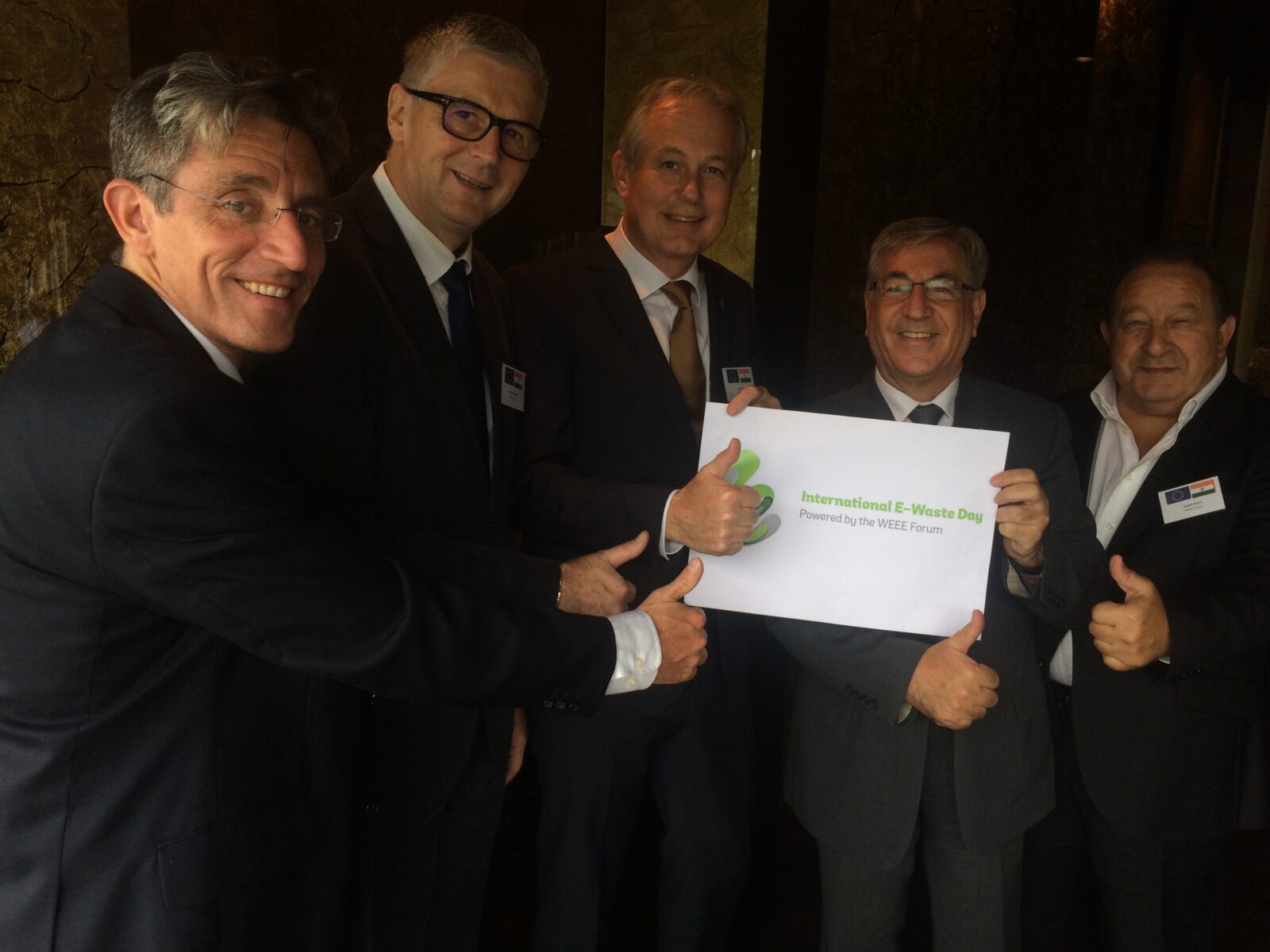 For his part, Jan Vlak highlighted in the session dedicated to WEEE and resource efficiency, that WEEE Forum wants to share its know-how and expertise with partners in other parts of the world, including India, and to supports the development of collection and recycling capacities.

The WEEE Forum delegation had a series of meetings with Indian organizations engaged in taking over the responsibility of electrical and electronic equipment manufacturers, including Karo Sambhav, with whom it discussed ways to develop long-term partnerships.

An important moment was the occasion of the separate meeting with Commissioner Vella, during which the topic of quality standards in the WEEE management flow was addressed and the need for EN 50625 standards to become mandatory by including them in European legislation was emphasized.

At the same time, the members of the WEEE Forum delegation presented to Karmenu Vella the stage of preparations taking place in order to organize the first edition of International eWaste Day, a WEEE Forum initiative. 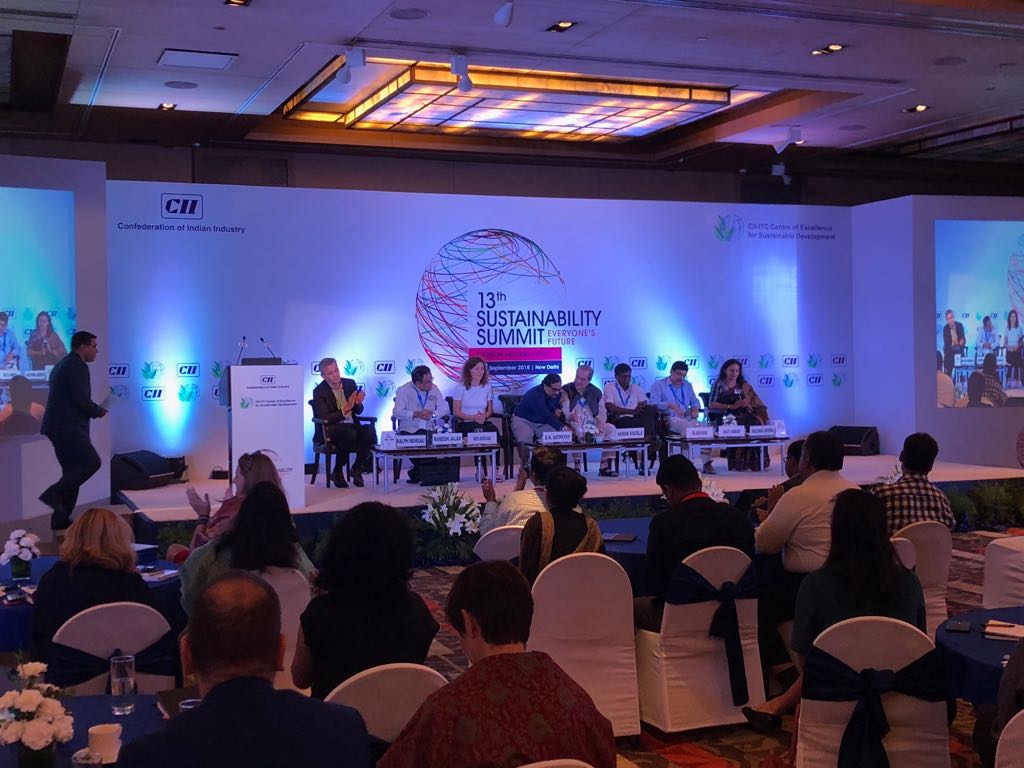 Commissioner Vella expressed his full support for supporting the event, which will take place on October 13, 2018 and will be attended by 25 producer organizations from 19 countries. The various activities scheduled to take place on that day aim to increase consumer awareness and involvement in the direction of collecting and recycling WEEE and efficient use of resources.

The participation of the WEEE Forum delegation in the two forums in New Delhi was a very good opportunity to get to know each other, to establish new bridges of collaboration with producer organizations, local companies, consultants and Indian investors.

This opening to new areas outside the European space is in line with the vision of transforming the WEEE Forum into a center of international competence in the context of the transition to a global circular economy.