Choose to live in a cleaner world! Recycle with ECOTIC! Samsung rewards you!

Samsung Romania together with Dedeman and ECOTIC carried out between November 10 and 23, 2014, the campaign “Choose to live in a cleaner world! Recycle with ECOTIC! Samsung rewards you! ” This edition took place simultaneously in the three Dedeman stores in Bucharest: 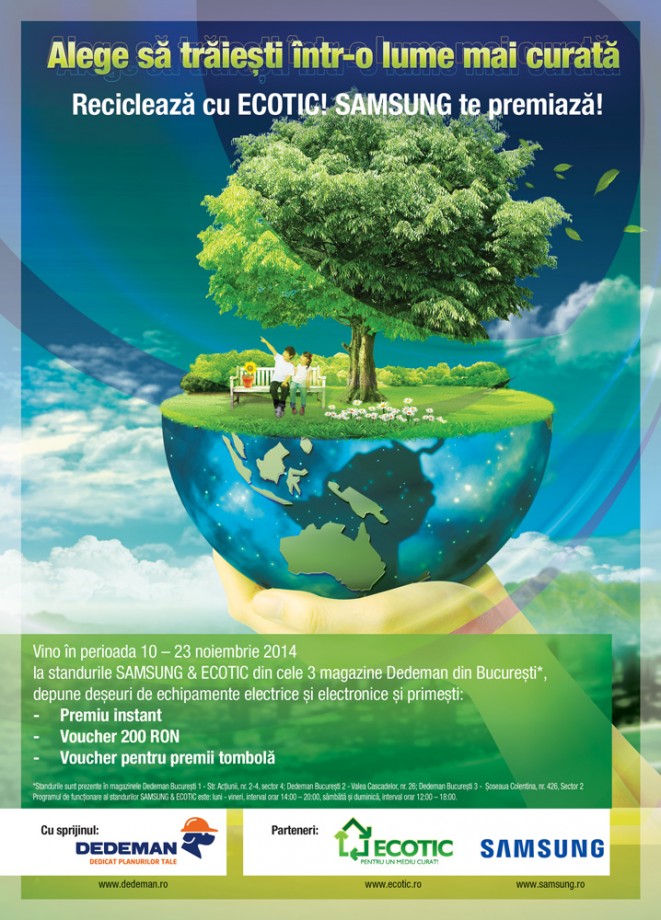 Those who wanted to participate in this ecological approach brought to the stands specified above at least one waste of electrical or electronic equipment. For each WEEE received at the stand, those who handed over the waste received a discount voucher for SAMSUNG products, as well as a voucher for registration in the raffle with prizes. For each WEEE delivery during the campaign, each participant in the campaign received an instant prize, respectively an umbrella.

On November 25.11.2014, 3, a raffle was organized with prizes, offered by SAMSUNG ROMANIA. For each store there were 2 prizes consisting of XNUMX vacuum cleaners and a microwave oven. The big prize was a SAMSUNG washing machine.

Here is an extract from the minutes of the draw for the determination of the winners of the mentioned prizes, written by the notary:

The organizers of this project mention the following: 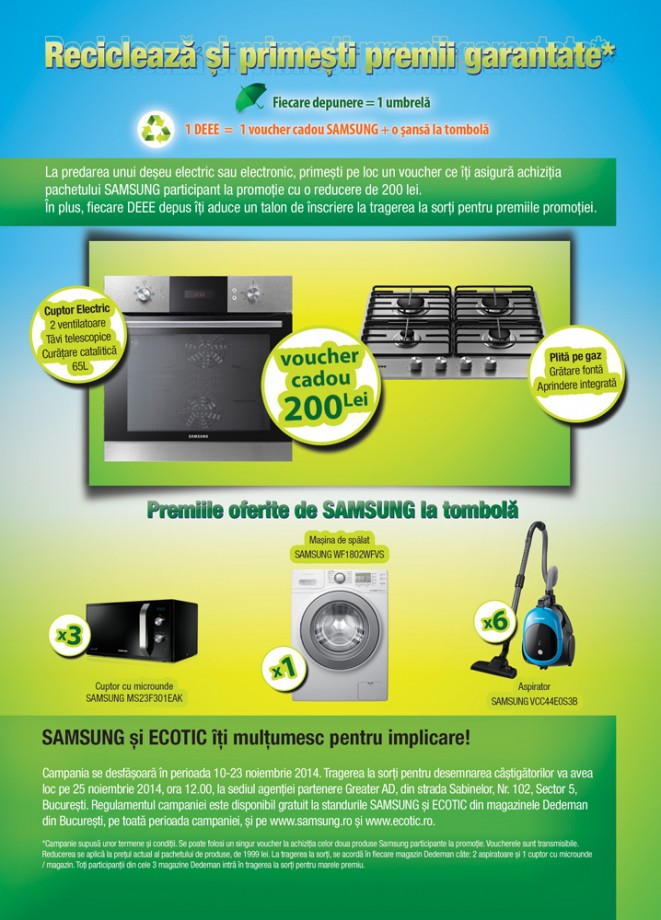 The winner of the grand prize no longer has a duplicate of the winning coupon, as a result reserve no. 1 will be contacted (within 15 days from November 27, 2014).
Another winner (Simion Alexandru) is not eligible as a minor, so contact no. 1.

ECOTIC will ensure that all electrical and electronic equipment waste collected separately and handed over responsibly in this project will follow the correct course of recycling.

We can all collect and dispose of waste electrical and electronic equipment responsibly. FOR A CLEAN ENVIRONMENT!

Additional Act No. 2 of the Regulation is available here.