The ECOTIC campaign "Clean Cities" starts in Iasi and Vaslui

On October 2, 2017, "Clean Cities", the national ECOTIC campaign dedicated to the collection of used electricity and electronics in urban areas, starts simultaneously in Iasi and Vaslui. The campaign will encourage residents to come and s 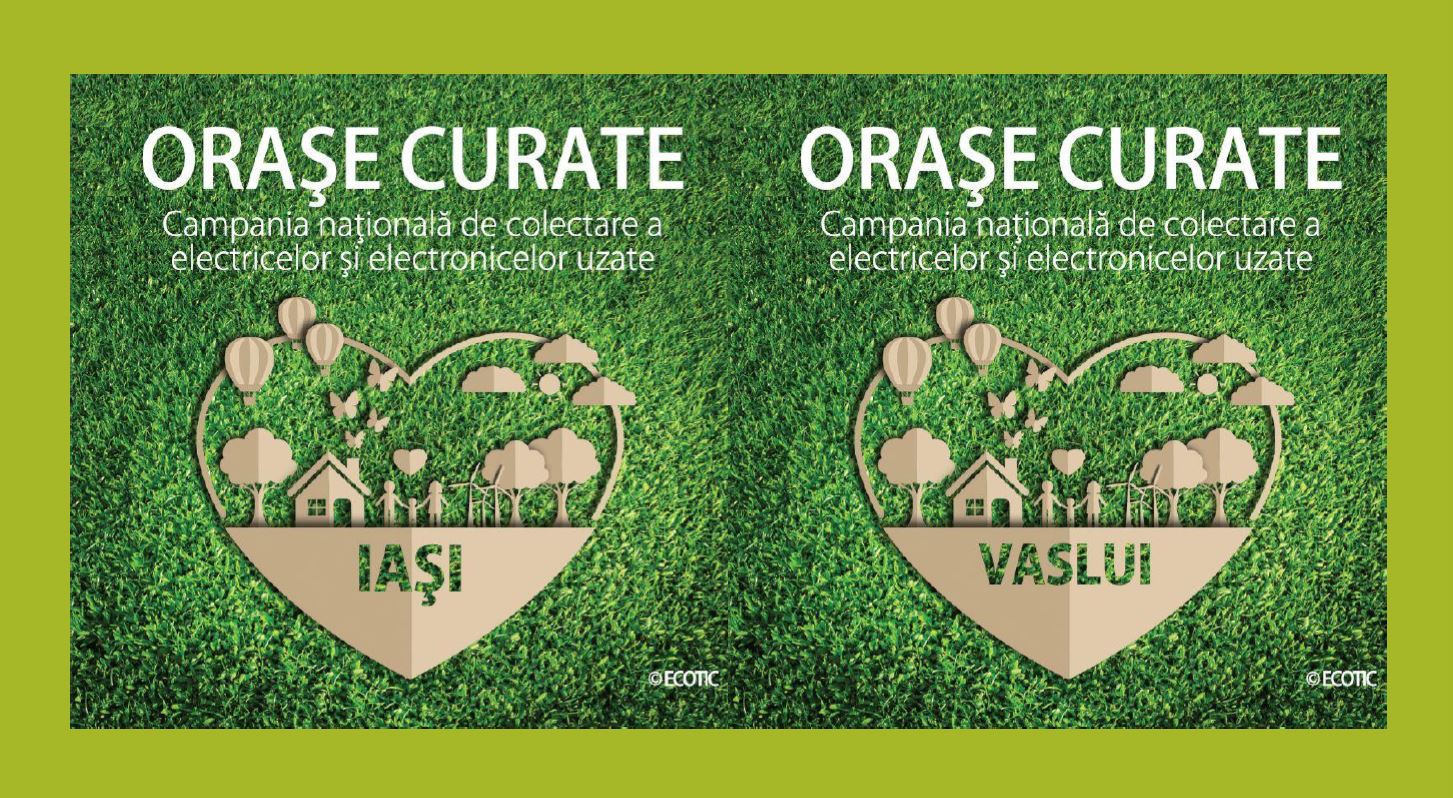 The ECOTIC organization, in partnership with local authorities and sanitation companies, continues the "Clean Cities" campaign. After passing through Botoșani, Filiași, Târgu Mureș, Dorohoi, Brăila, Piatra Neamț, Galați, Bragadiru, Motru, Rădăuți, Timișoara, Ploiești and Cluj-Napoca, between October 2 and 20, 2017, the inhabitants of two other cities in Romania - Iași and Vaslui, will be informed and encouraged to become aware of the problem of waste electrical and electronic equipment (WEEE) and the need to properly dispose of it for recycling.

Thus, during the campaign, any resident of the two cities who will hand over a waste of at least 10 kg accumulated at local collection points, will receive an instant prize.

The operating schedule of the collection points and their location are available on the pages dedicated to the campaigns, there.

The campaigns in Iași and Vaslui continue, in 2017, the national program "Clean Cities", an itinerant program of the ECOTIC Organization, dedicated to WEEE collection in urban areas.

Campaigns carried out with the support of the Ministry of Environment.