"Clean Cities", the national ECOTIC campaign dedicated to the collection of used electronics in urban areas, starts in Brăila. The campaign encourages residents to come and hand over used electrical and electronic equipment to municipal collection centers. 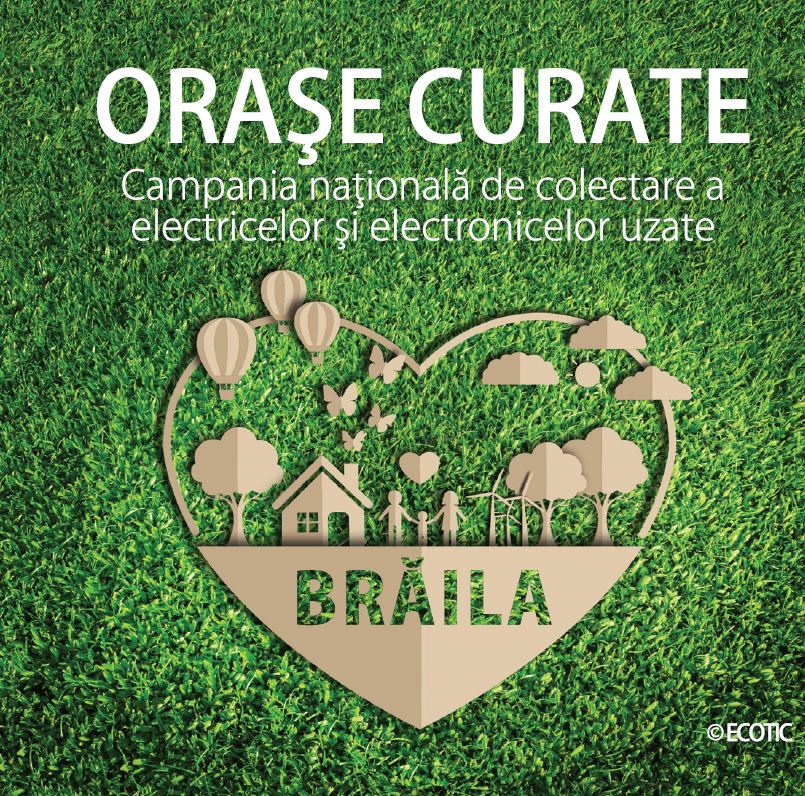 The ECOTIC organization, in partnership with RER Ecologic Service Brăila, the Danube Brăila Public Utilities Company and the Brăila City Hall through SUPAGL Brăila continues the “Clean Cities” campaign. After passing through Botoșani, Filiași, Târgu Mureș and Dorohoi, between May 8 and 19, 2017, the inhabitants of Brăila are informed and encouraged to become aware of the WEEE problem and the need to hand them over for recycling.

Thus, during the campaign, any resident of the municipality of Brăila who will hand over a waste of at least 5 kg accumulated at the municipal collection point in the Obor District, Dinamo area, will receive an instant prize. The operating hours of the collection point are from Monday to Friday, between 9.00 - 10.00 and 17.00 - 18.00.

RER Ecologic Service Brăila offers the service of picking up bulky equipment from home. For the collection of these equipments the inhabitants are asked to contact the dispatcher by phone: 0239.611.682.

The campaign in Brăila continues, in 2017, the national program "Clean Cities", an itinerant program of the ECOTIC Organization, dedicated to WEEE collection in urban areas.