"Recycling Station" is an information and waste collection campaign for electrical and electronic equipment (WEEE), launched by the ECOTIC Organization in June 2016 and dedicated especially to the rural environment, but also to the urban environment.n from Romania. After passing through the counties of Iași, Brașov, Argeș and Sibiu, The Recycling Station also starts in Prahova County, starting from October 17 2017, with the help of the Prahova County Council, the Prahova Intercommunity Development Association “Partnership for Waste Management”, the Prahova Environmental Protection Agency and ROSAL Ploiesti. 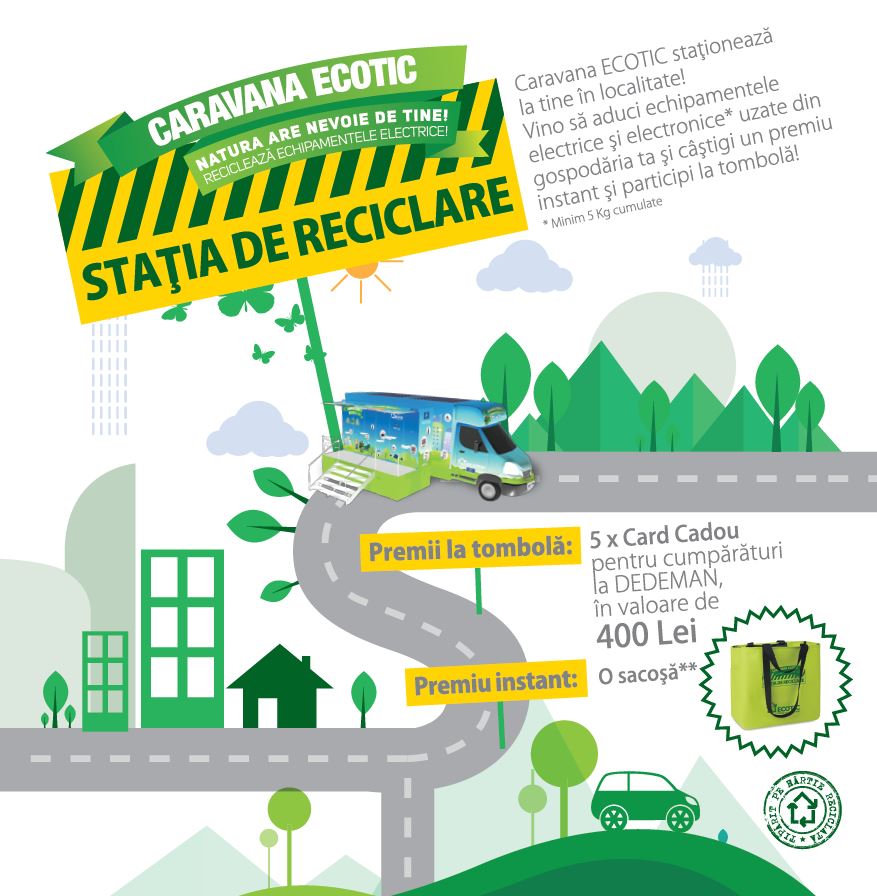 After passing through localities in the counties of Iași, Brașov, Argeș and Sibiu, the "Recycling Station"
will arrive, starting with October 17, 2017, in Prahova County. The first localities visited will be Boldeşti Scaieni (October 17-19), Blejoi (October 20-22), bucov (October 23-25), Păuleşti (October 26-28) and Plopeni (October 29-31). Until the end of the campaign, the ECOTIC Caravan will visit 10 localities in Prahova.

To encourage the correct delivery for recycling of used electricity and electronics, each inhabitant who will bring to the ECOTIC Caravan at least 5 kg of such waste will receive an instant prize and will participate in a raffle with attractive prizes.