THE LITTLE ONES HAVE DONE GREAT DEEDS - FINAL CAMPAIGN RESULTS

The little ones also did great deeds in the sixth edition of the national campaign for awareness and collection of used batteries (DBA) dedicated to kindergartens in Romania, collecting 5,3 tons. 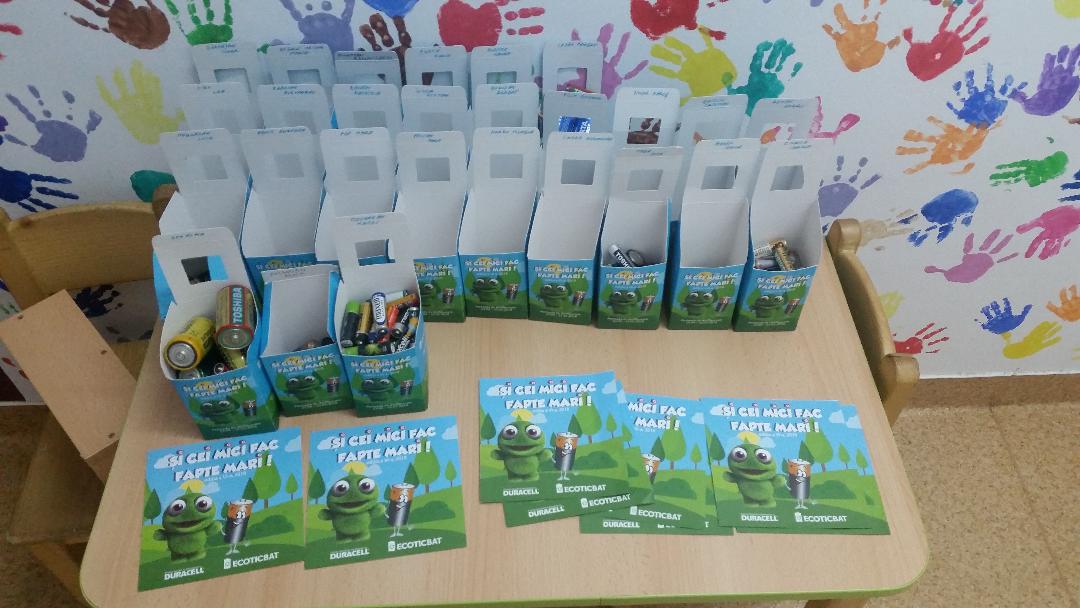 Made by ECOTIC BAT, the campaign "And the little ones do great deeds" took place between April 23 and May 25, 2018 in the over 200 kindergartens in the country that have enrolled in the program. They received a set of materials to support ecological education classes, the aim being for the little ones to understand what waste batteries and accumulators mean, what they contain and why it is important that used batteries do not end up in the landfill, but to recycling.

Through environmental education classes, the children learned about toxic substances, about valuable raw materials that can be recovered from waste and at the same time, they brought used batteries from home to hand them over in the containers provided by ECOTIC BAT. The parents and friends of the little ones were also involved in this process, the message and information thus reaching the community.

Eleven kindergartens were awarded for exceptional results in the DBA collection:

1st place: The structure of the GPN kindergartens no. 3B, no. 3 and Sfanta Filofteia, Brasov - 332 kg of used batteries collected

More details about the project there.

← The rise of artificial intelligence in the field of recycling CLEAN CITIES: BÂRLAD, JULY 2-6 →