In October 2016, the inhabitants of Drobeta Turnu Severi 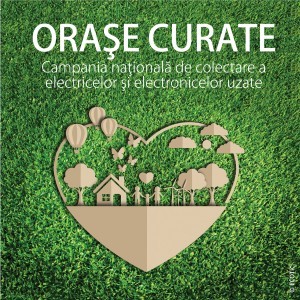 In Motru and Giurgiu, they were informed and encouraged to hand over electrical and electronic waste correctly for recycling. Almost 200 participants contributed to the collection of 1,2 tons of WEEE. Launched in May 2016, the national Clean Cities campaign is an initiative of the ECOTIC Organization, dedicated to information, awareness, and collection of waste electrical and electronic equipment (WEEE) in urban areas.

The campaign started in Botosani with very good results (3,4 tons of WEEE collected) and continued, in October, in three other cities in Romania. In turn, the inhabitants of Drobeta Turnu Severin, Giurgiu and Motru were informed and encouraged to properly hand over the used electrical and electronic equipment at the collection points of the local sanitation partners.

The program of the Clean Cities campaign, in October, was the following: