Vidra is one of the flagship species of the Văcărești Natural Park, it is located in 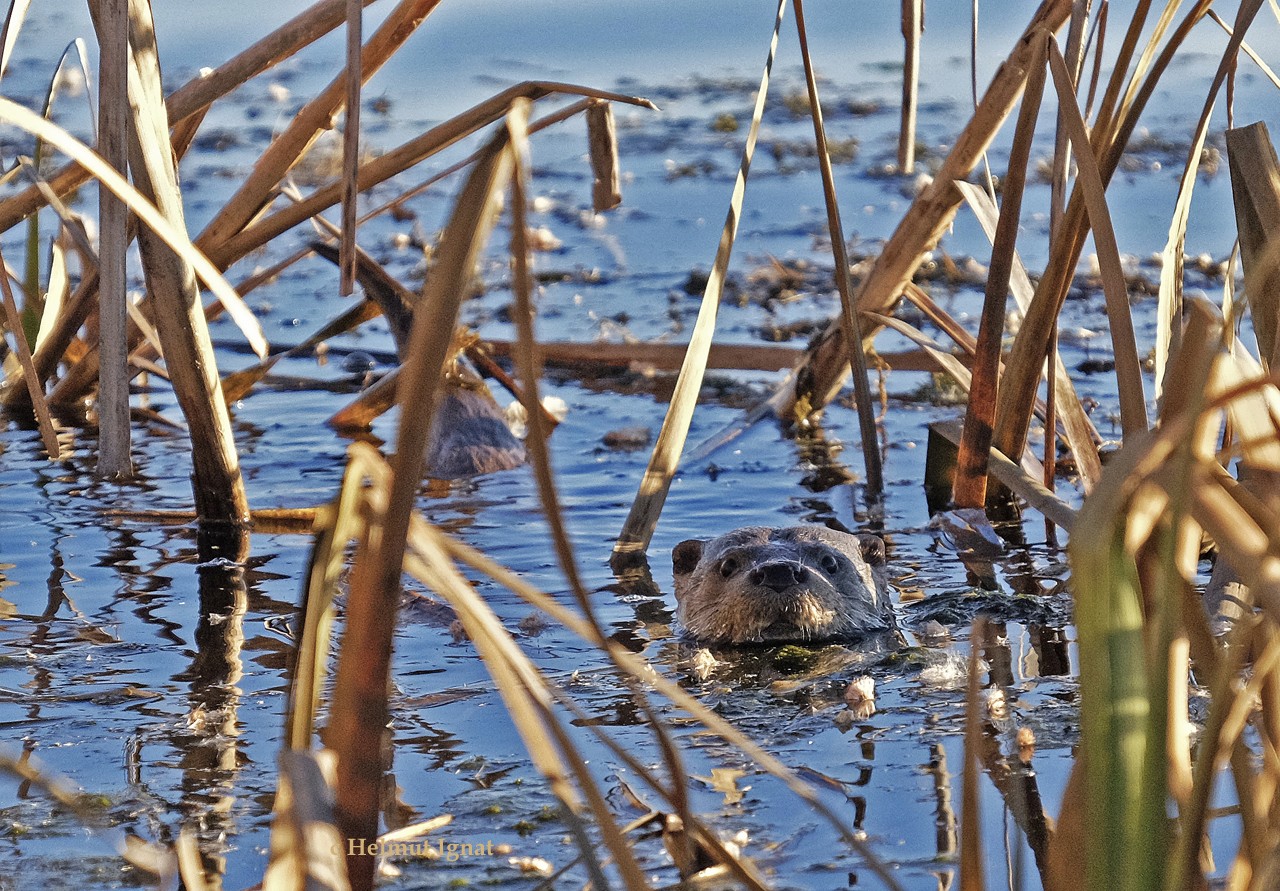 the top of the food chain of this aquatic ecosystem. Its presence in this area indicates a high trophic potential and a low level of pollution, the otter being an important environmental indicator of a good ecological status.

If you are lucky enough to meet her in the Văcărești Natural Park, it is good to recognize her by learning some aspects regarding the biology and ecology of the otter.

The otter is a relatively large mammal, with an elongated body covered with a very thick fur (35000 - 50000 hairs / cm²), and the tail is long and round, thickened at the base and thin at the tip. The color of the fur varies from dark brown to beige, except for the neck, chest and ventral part which are gray-yellow. The fur has two types of hair: strong, protective strands and short undercoat - soft fluff. The first type consists of long (25 mm), thick, shiny and very wear-resistant threads, on which water slides. The threads are strong, and are covered with a secretion of the skin glands, improving the hydrodynamics of the otter, while giving the fur waterproofing and thermal insulation properties.

The otter has four relatively short legs. They are used for swimming, walking, digging, grooming and prey handling. The paws are large in size and the toes are joined by an interdigital membrane, which helps swimming.

He has a flattened head, small ears, a short mustache and a thick neck. Its hydrodynamic body has the shape of a torpedo being perfectly adapted to the aquatic life. Other adaptations to life in the water are the ears and nostrils that close immediately when the otter sinks. The otter has small eyes and does not have a very good visual acuity, being lower than that of man in the air, but in the water through an adaptation that allows the deformation of the lens improves the view of the otter in the water.

The otter is a predominantly nocturnal animal, very shy and difficult to observe, usually active about an hour before dusk and up to an hour after dawn. The day rests in beds or burrows dug among the roots of trees on the waterfront, or in the dense vegetation on the banks.

The otter (Lutra lutra) lives in various aquatic and semi-aquatic environments, it can be found from the sea shore to high altitudes on mountain streams, even in the center of large cities, such as the Văcărești Natural Park. The presence of the otter in a certain environment is strongly correlated with the existence of food resources. The Eurasian otter is found on three continents: Europe, Asia and the far north of Africa. It can live both in stagnant freshwater (lakes, ponds, ponds, reservoirs, swamps) and in flowing waters (rivers, streams, rivers, man-made canals) and in saltwater: seas and oceans, but in the case of those in trace it is necessary the presence of fresh water sources to clean their salt fur.

Otters have a territory that varies in size depending on certain factors such as: habitat type, richness in food resources, availability of rest areas, anthropogenic disturbance and can have dimensions from 3 km² to 40 km². Males have larger territories than females and within the territory of a male the territories of several females can overlap.

The main communication element of otters is the marking of its entire territory with excrement with a strong smell, which may contain information about sex, age of the otter, the fact that this is the limit of its territory, that the marked place is an important feeding place, that it is in looking for a partner and many other messages that we just imagine because we still can not decipher the message sent by otters by marking the territory.

He also uses sounds to communicate the otter. The most specific is a characteristic whistling, an intermittent chirping and in case of danger a guttural "hah" sound.

Otter food is specific to a carnivore and is mainly made up of fish, which is why it frequently comes into conflict with fishermen and fish farmers. But in the absence of fish, it adapts to the food resources present in the environment in which it lives by consuming: crayfish, frogs, birds, small mammals (insectivores, rodents), snakes, lizards, snails, shells, crabs, insects, even plants.

The ponds in the Văcărești Natural Park have an important fish resource and can satisfy the food needs of the otters that live here, but the competition made by fishermen must be diminished.

Otter is a species strictly protected under international law and various conventions. It is listed in CITES Annex I, Annex II to the Berne Convention, Annexes II and IV to the European Union's Habitats and Species Directive and Annex I to the Bonn Convention (Convention on the Conservation of Migratory Species of Wild Animals (CMS)). , which recommends the highest degree of protection.According to the IUCN (International Union for Conservation of Nature) Red List, the otter species is Potentially Threatened - NT (Near Threatened).

In the Văcărești Natural Park lives a partially isolated otter population, the closest known populations are in the Comana Natural Park (~ 25 km) and the Snagov Lake Nature Reserve (~ 30 km) but there is a possibility that the otter may be present in other aquatic ecosystems. neighboring, and the main connection of this population with those nearby is made by the river Dâmbovița.

Among the minimum conservation measures that must be taken to ensure the survival of the otter population in the Văcărești Natural Park, we mention:

Being a top predator of aquatic ecosystems, the Eurasian otter influences and keeps prey species under control. Carnivorous species are considered key species in the functioning of ecosystems, playing a particularly important role in maintaining the ecological integrity of ecosystems by ensuring a high diversity of species. Once such a key species disappears from an ecosystem, a domino effect is created, leading to the disappearance of other species, but especially to the destruction of complicated links within the food chain.

Being at the top of the trophic pyramid, the otter is a good indicator of the quality of the aquatic ecosystem, its absence can be caused by the lack of a satisfactory trophic potential, bioaccumulation, physico-chemical characteristics of precarious water, anthropogenic disturbance, invasive species, etc.

Therefore, the presence of the otter species in the Văcărești Natural Park requires the establishment and implementation of adequate conservation measures in order to maintain or improve the conservation status of the otter population in the park. 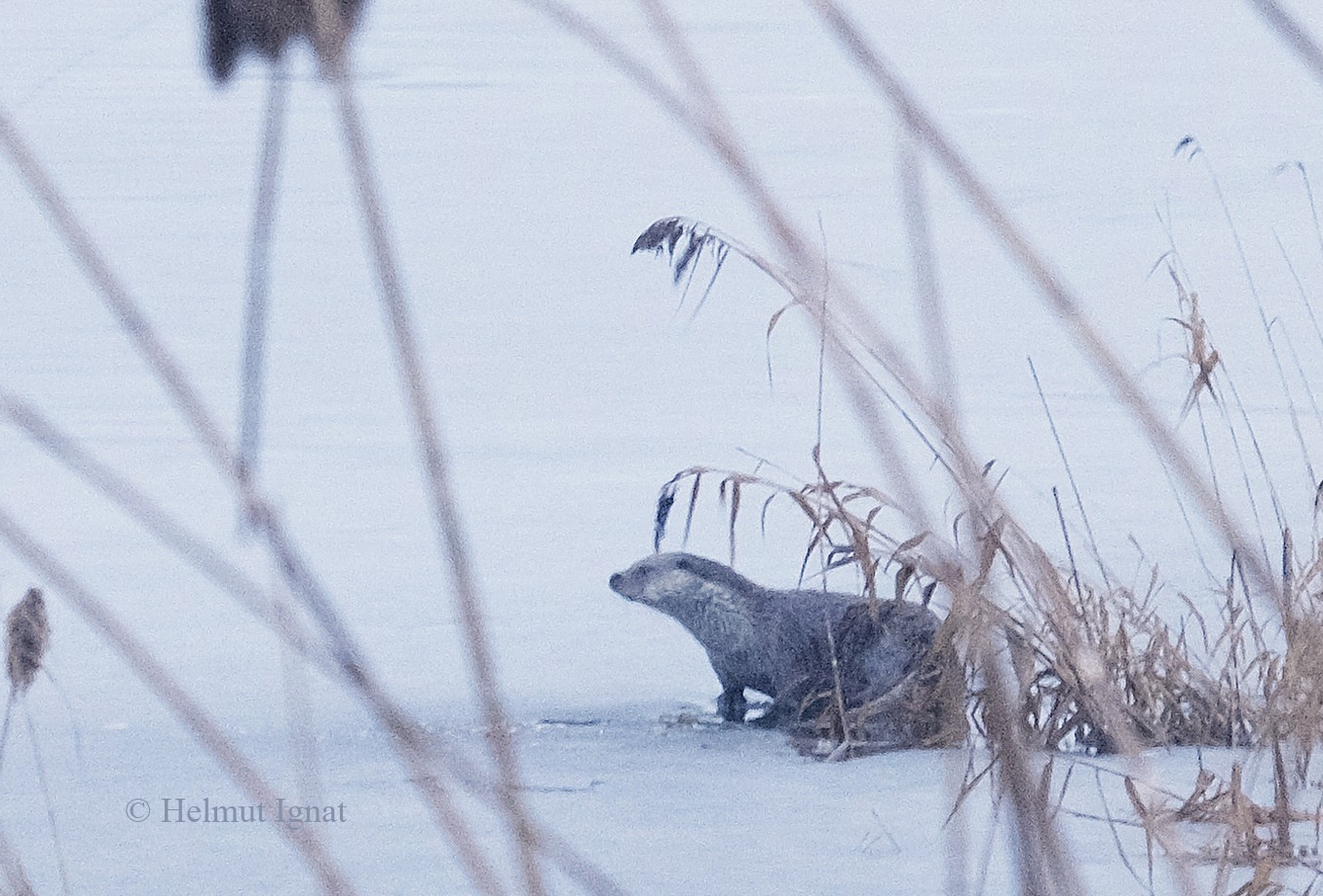 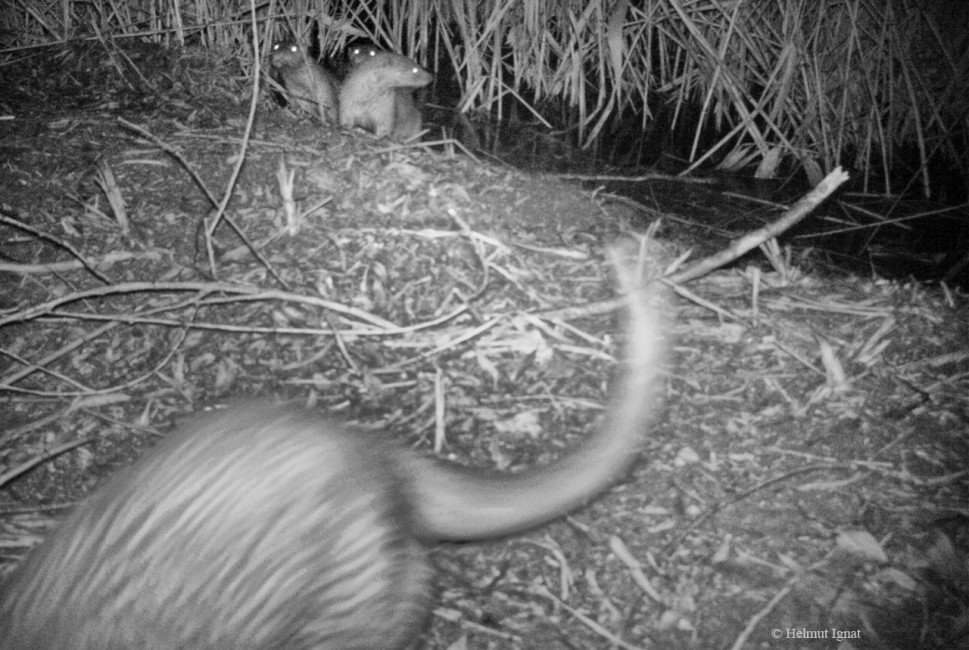 George Bouroș - member of the Scientific Council of the Văcărești Natural Park Association.