The ECOTIC campaign, "Recycling Station", starts in the second stage in Sibiu County

"Recycling Station" is an information and waste collection campaign for electrical and electronic equipment (WEEE), launched by Org 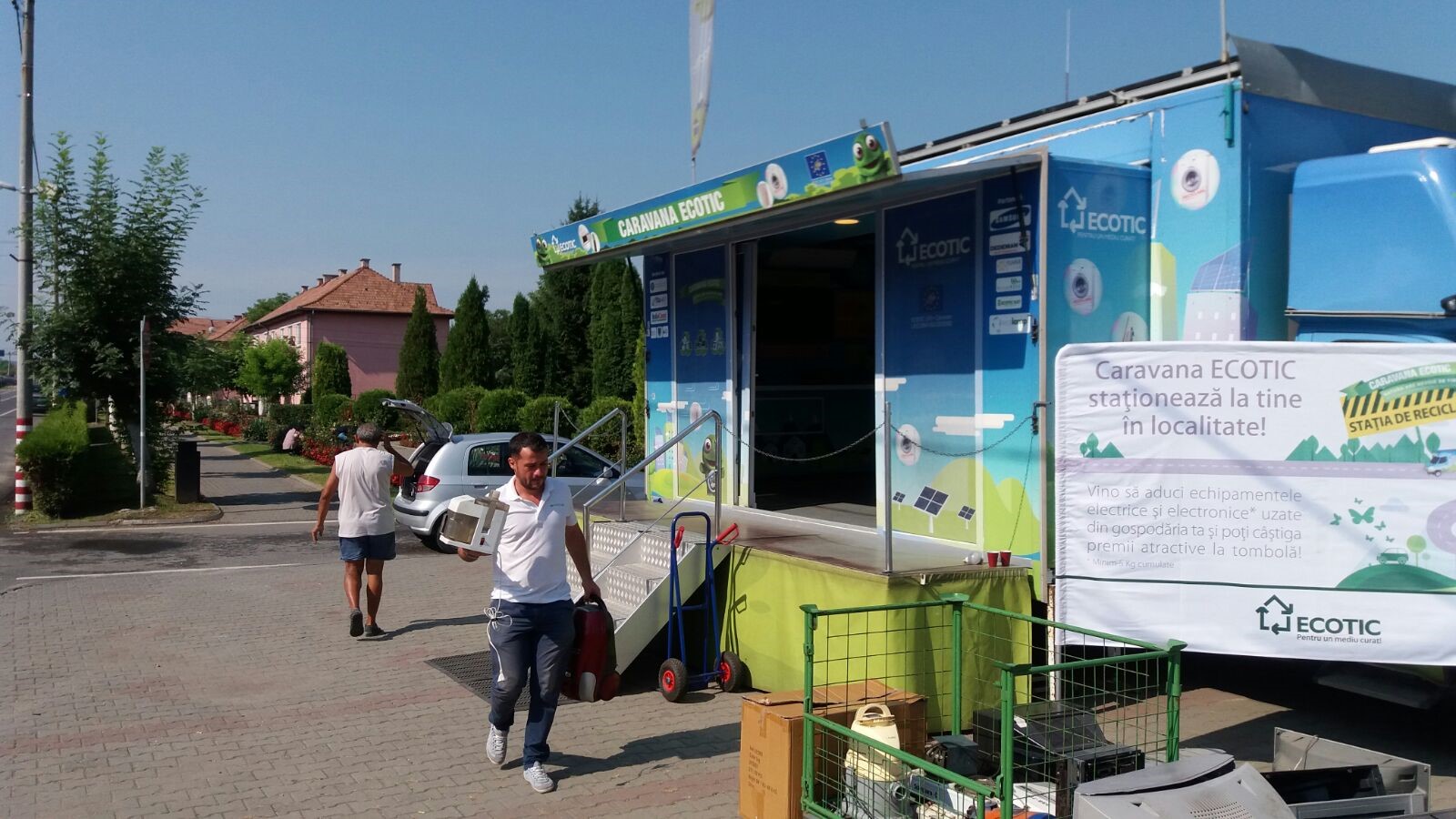 the ECOTIC organization in June 2016 and dedicated especially to the rural environment, but also to the urban one in Romania. After, in the first stage, it crossed 5 localities from Sibiu county, collecting responsibly 15 tons of WEEE, now Caravan da the start of the second stage of the campaign, starting from August 16 2017, with the support of the Sibiu Environmental Protection Agency, the Eco Sibiu Intercommunity Development Agency, RECHORALEX, as well as with the informative support of the Sibiu National Environmental Guard.

Until the end of the campaign, the ECOTIC Caravan will visit 15 localities in Sibiu.

To pick up bulky equipment (TV, refrigerators, washing machines) from home, the inhabitants of the visited localities are invited to call the phone number 0732.148.550, between 10:00 and 17:00, on the first day of the campaign each locality, and the takeover will be made during the next day.