On November 22, 2017, "Clean Cities", the national ECOTIC campaign dedicated to the collection of used electricity and electronics in urban areas, starts in Giurgiu.

The campaign will encourage residents to come and properly deliver used electrical and electronic equipment to local collection points. 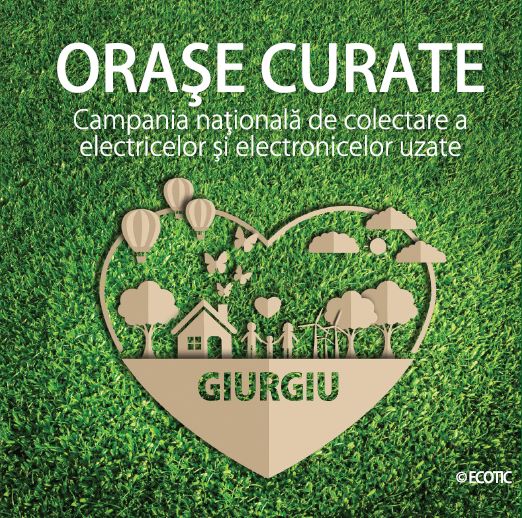 Thus, during the campaign, any resident of Giurgiu who will hand over a waste of at least 5kg accumulated at the collection points permanent bases located on Str. Gloria no. 5 and Aleea Plantelor no. 25 (LV, 08: 00-16: 00), as well as at collection points Temporary located on Str. Nicolae Balanescu and on Str. Youth no. 55A (daily during the campaign, 10:00 - 16:00), will receive an instant prize, consisting of an umbrella.

For the collection of bulky waste from home, the inhabitants can call the telephone number 0756.134.589.

The campaign in Giurgiu continues, in 2017, the national program "Clean Cities", an itinerant program of the ECOTIC Organization, dedicated to WEEE collection in urban areas.