ECO JOURNALISM FOR A CLEAN ENVIRONMENT: A FESTIVAL IN HARMONY WITH THE ENVIRONMENT

A festival in harmony with the environment

In recent years, Romanians' appetite for music festivals has increased dramatically. Thus, many concepts have been developed that are very successful - taking place in areas across the country, from the seafront and the Danube Delta, to Transylvania and Oltenia. People are happy - they escape from home for a few days, listen to music to their liking, unleash themselves and have a sense of freedom.

Not infrequently, however, festivals leave traces. And we are not talking about people's souls, but about the beaches, the parks, the meadows where they take place. Some would say it's inevitable - what to do with them, where there are a lot of people and it's hot and you need to hydrate or eat from the bag, you can't help but make a mess. 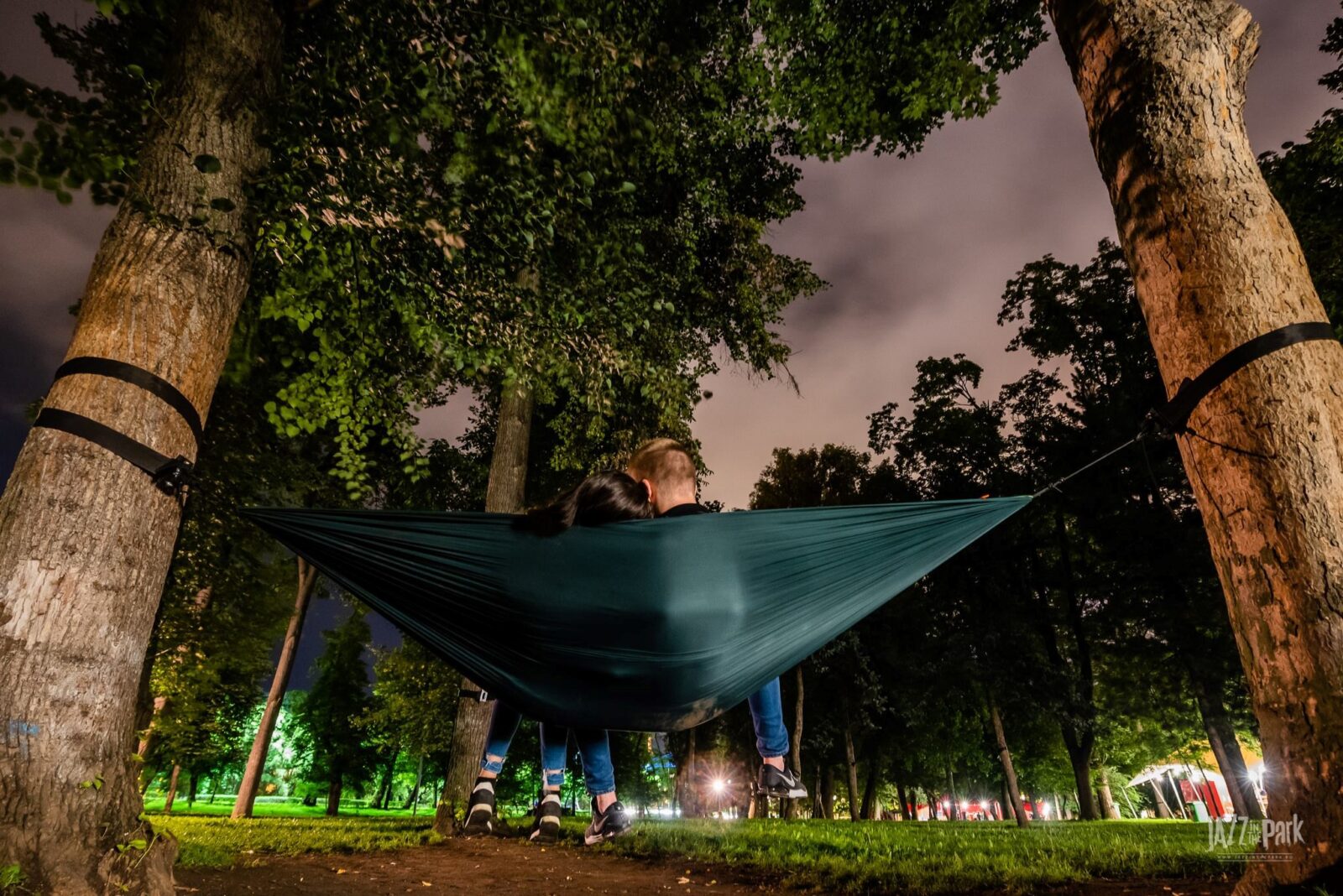 This year I went to Jazz in the Park - the jazz festival that has been taking place for several years in Cluj Napoca. I had the pleasure to meet the organizers and to take a few steps with them, before the festival, through the locations where the concerts would take place - Central Park, Art Museum, Someș shore. Alin Vaida and Denisa Dan love Cluj. You don't realize it from words, but from what I do. Their festival started with a fairly simple goal - to render the Central Park of Cluj Napoca to the public. And they succeeded; not easy from today to tomorrow, but with some difficulties and with the promise that they will always take care that their festival does not affect in any way the park or other locations where the festival will reach; on the contrary.

"Last year, behind the people from Jazz, there was no PET left, no garbage. And they took them with them when they left the concert ”was the story of Alin Vaida before the festival. I was very happy with his words. And I couldn't wait for the festival to start, for me to see the miracle with my own eyes.

One of the things you will see from now on at Jazz in the Park are reusable glasses. The idea is simple: the drinks available at the festival venues will no longer be served in disposable plastic cups. Participants will receive a unique glass, which they can use during the festival, then return it when it needs to be washed or when it is no longer needed. The replacement has started this year, a process that should already be in place from the next edition of the festival.

Initiative to restore the affected areas after the festival

Two weeks after the festival, on the Facebook page of Jazz in the Park I saw this message:

We thought we would clarify with you some aspects related to how the park remained after Jazz in the Park and what we are doing to restore it.

The four days the festival took place in the park certainly had an impact on the area, especially because it rained a lot, 9 days out of 11. We assumed from the beginning that we would give back the park as I recieved it.

Immediately after the festival, together with the Green Spaces Service of the City Hall we assessed the damage caused by the organization of the event, and they will be fully remedied at our expense and are made by the company Eco Garden Construct, which deals with park maintenance throughout the year. 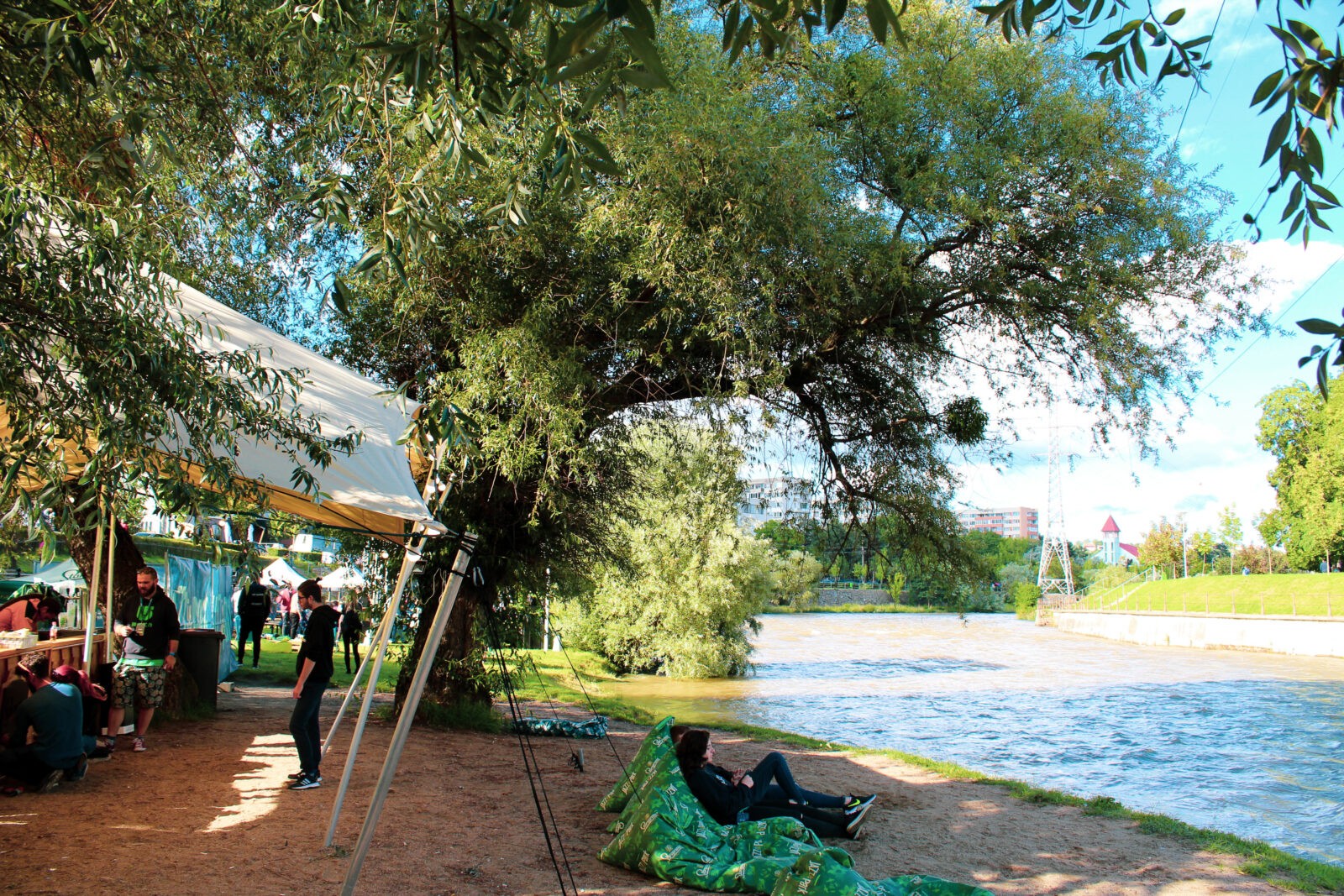 These days we are waiting for the final estimate of the works, which as far as we know at this moment amounts to approximately 15.000 euros. These are works for reseeding the grass and restoring some alleys. In many areas of the park the results are already visible.

We assure you that we do not run away from responsibility, only that nature has its own rhythm in which it works, the results are not seen overnight.

All in all, the park has never been as lively and lively as at Jazz in the Park 2018.

We are glad that you also care about the park, the "house" of Jazz in the Park. "

So there were effects, but this was made public, as was the budget and the effort to restore the affected areas. An approach that did not attract any criticism, but rather support and a surprised comment from a fan, who asked why the organizers are struggling to rebuild the park, since it would soon be "trampled" again by a festival and bigger - UNTOLD? Here is their reaction: “The answer is quite simple. And it has 3 components. First of all, we want to hand over the park as we received it. Secondly, we started the works in the most affected areas, which needed immediate intervention after the end of the festival. And thirdly, there is a one-month interval between the two festivals, Jazz in the Park and Untold, we want the park to look good during this time so that the areas can be rebuilt. ”

For me, Jazz in the Park was a happy experience. I love this planet and think of it as a bigger "home". And I was glad to see that the organizers of a big festival see in their city, in the park and in their public spaces, a "home" that they take care of more and more. As we were still walking with them through Central Park and talking, Denisa strayed two feet from the road to pick up something from the grass — a piece of paper or plastic. It was a natural gesture, nothing exaggerated, but certainly contagious in one of the most civilized, clean and beautiful cities in Romania.