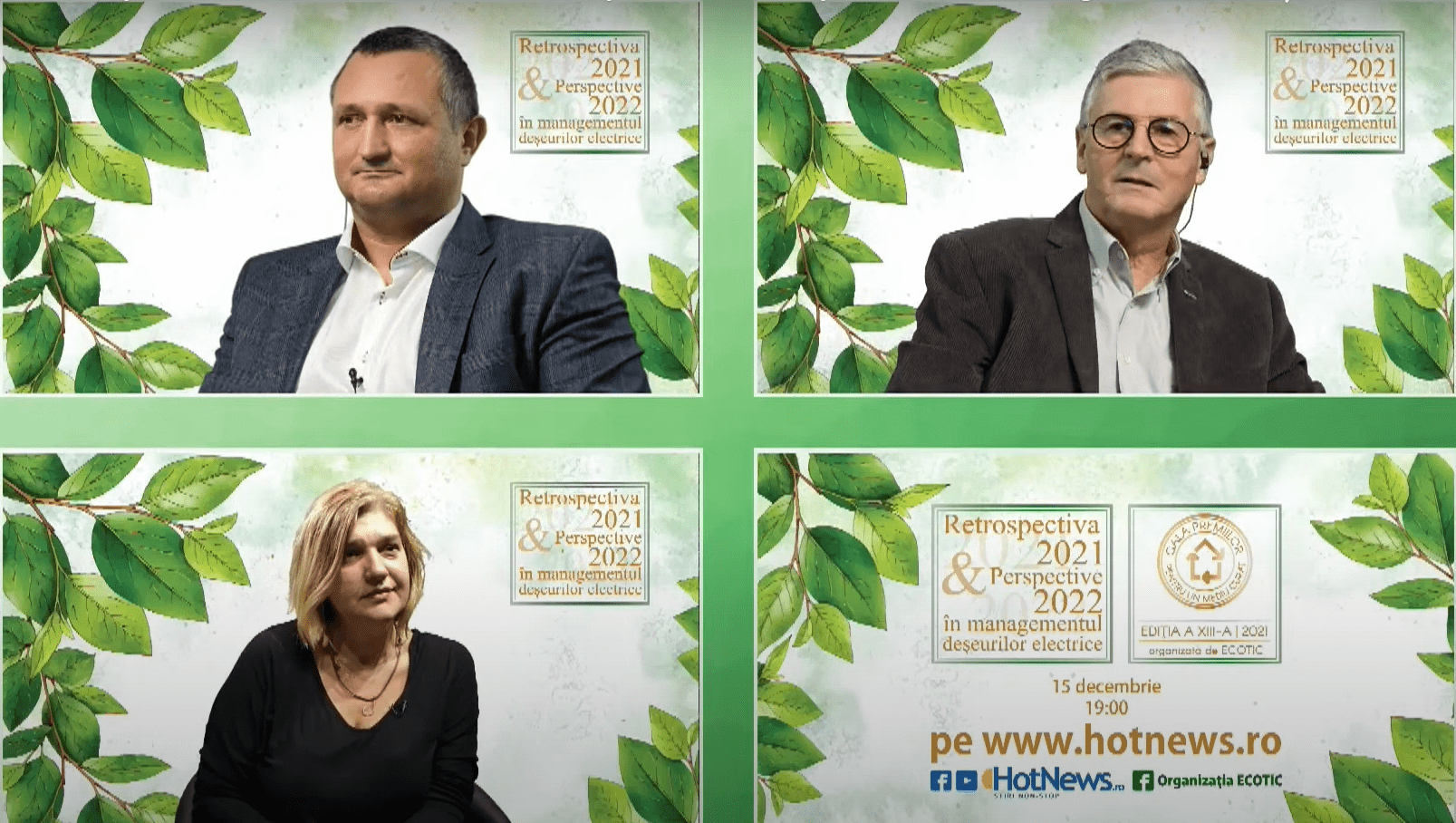 ECOTIC awarded on December 15 the winners of the XNUMXth edition of Clean Environment Awards Gala. The results of this edition were a success for the organizers, having over 85 entries and nominations. The event can be watched here.

The winners of the Clean Environment Awards Gala, XNUMXth edition are:

Described as the most important environmental event in Romania, in 2021, FOV took place in Brașov, between September 6-12, transforming, for a week, the city into a real green capital, with the involvement of the municipality, the citizens, NGOs and private companies. Results: 30.000 recycled packaging, 20.000 Brasov residents involved, 40% increase in the number of passengers by public transport, 6 million people have heard of FOV.

Within the project, 6 sanitation campaigns were organized on the banks of the Dunavăț, Lipoveni canals, the Dunavățu de Jos village canal, Balcaz lake and the wild beach from Perișor. Over 1000 bags of waste from the waterfront and from the water were collected during the project and 6 information sessions were organized for participants and tourists. Also, 3 “trash art” type bins were placed in key points of Dunavățu de Jos village and an environmental resources library was set up in the school lobby.

Zăvoi Park is a project implemented with European funds that led to the redevelopment of several hectares of land and their transformation into parks. The redevelopment of this park was intended to create a civilized relaxation area, preserve the existing trees by adapting the new functions to the existing situation, as well as the construction and arrangement of bike lanes. Ecological materials were used in the construction of the park's alleys.

Octavian Berceanu was the person designated by the jury as the winner in this category. He has also received the most nominations from the general public, a sign that his actions as Chief Commissioner of the Environmental Guard and environmental activist have been impactful and visible to citizens.

Anca Iosif is one of the journalists who treats the field of environmental protection with due seriousness. He is in the field to understand how we relate to nature and how to protect it. We invite you to read the articles written by Anca here

In the first part of the event, the perspectives of 2022 in the management of electrical waste were debated based on the results of 2021. The interventions on this topic supported: 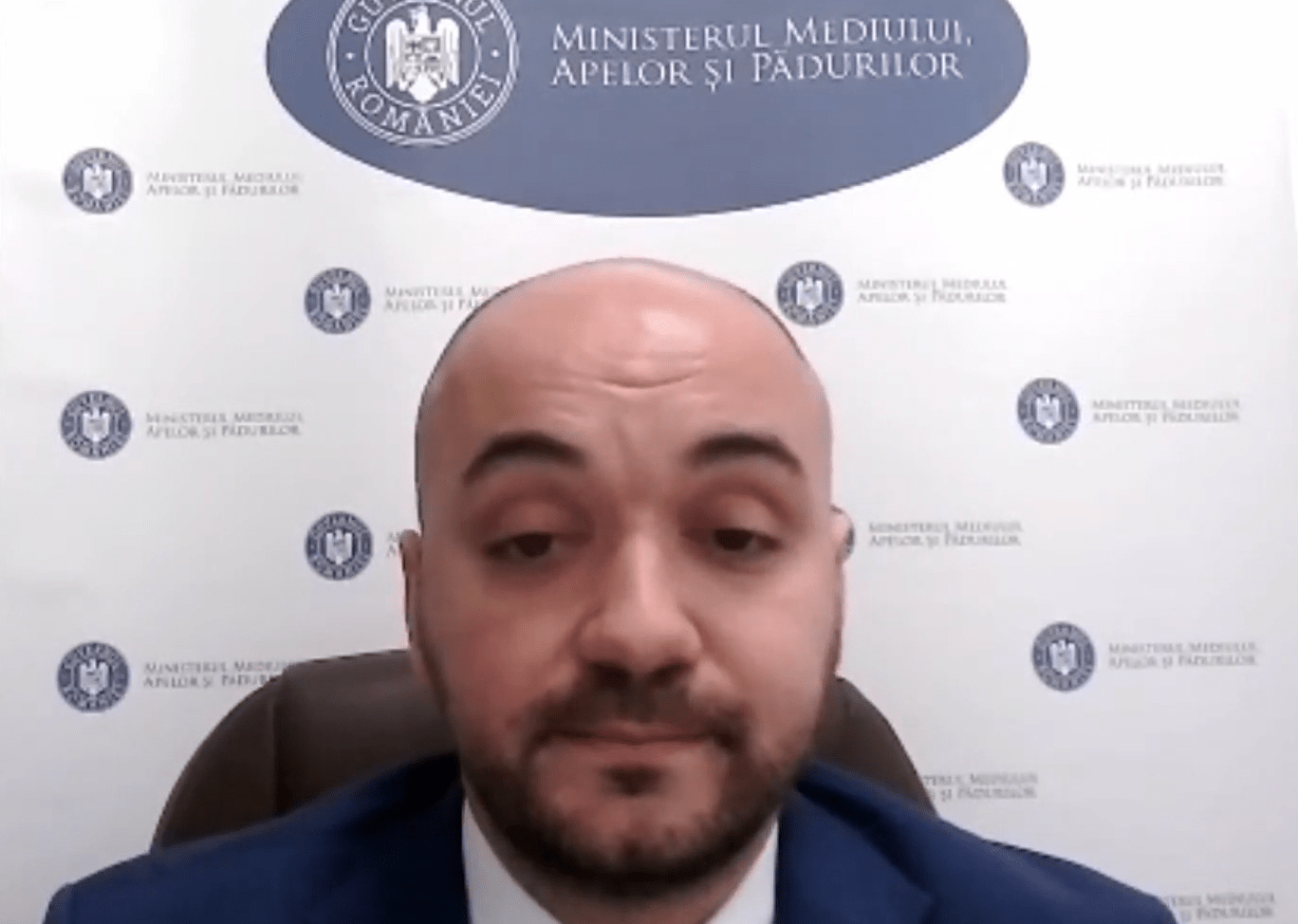 "We intend to amend the Licensing Order in 2022 in accordance with the provisions on the circular economy. We want to amend the Order on Financial Guarantees in conjunction with the amendment of Ordinance 196/2005 on the Environmental Fund. Together with the Ministry of Economy we want to develop and adopt a joint order on the preparation for reuse of waste electrical and electronic equipment. We also have the obligation to transpose into national law Directives 2021/78, 2021/79, 2021/1980 on restrictions on the use of certain dangerous substances in equipmentelectrical and electronic equipment. " 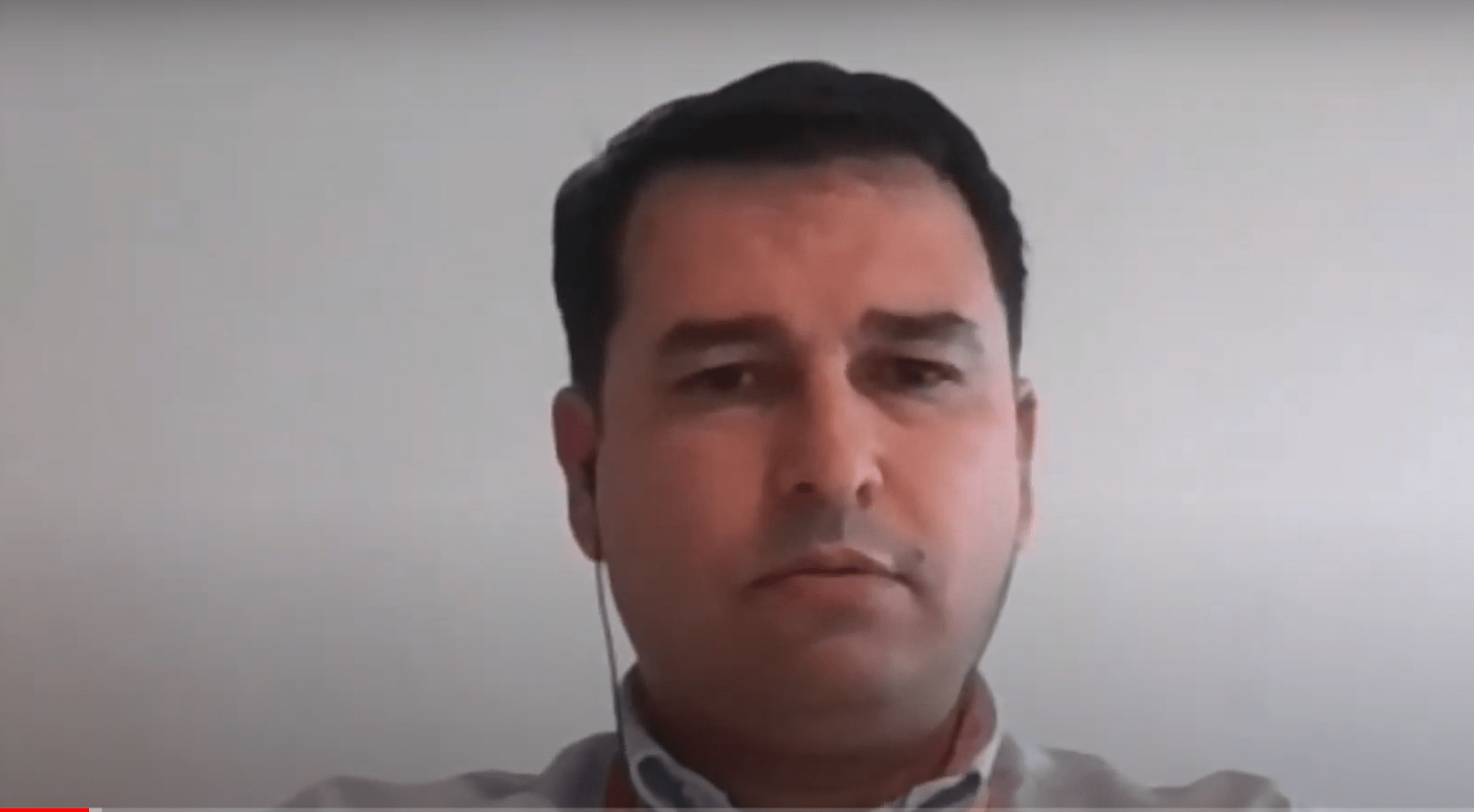 "If we talk about our program, we managed to collect with some great efforts, in 2021, about 20.000 tons of electrical waste for proper recycling. The buy-back program for us means first of all ensuring a first step for the customer, by offering a bonus, the customer offering us that waste to be taken over and recycled properly. We transport the new product and the old product from the customer to the recycler, including its temporary storage at the time of delivery. All these things involve very high costs that are additional to our promise to the consumer, a promise to offer the lowest price in Romania." 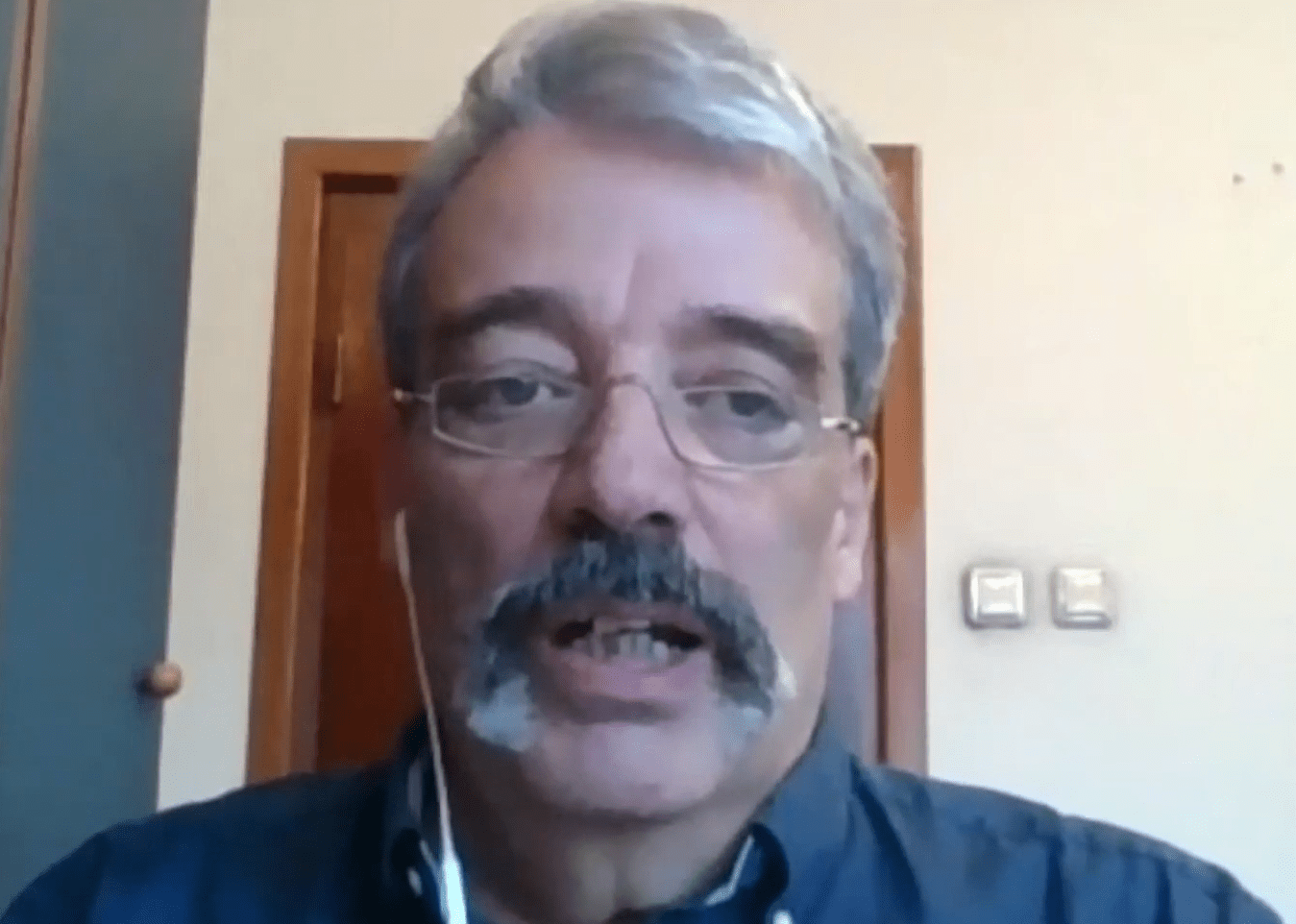 "The goals that we have and that we have to fulfill, it must be said at first, are unattainable from all points of view. In Romania, consumption habits do not allow 65% of the average marketing of previous years to be recycled. " 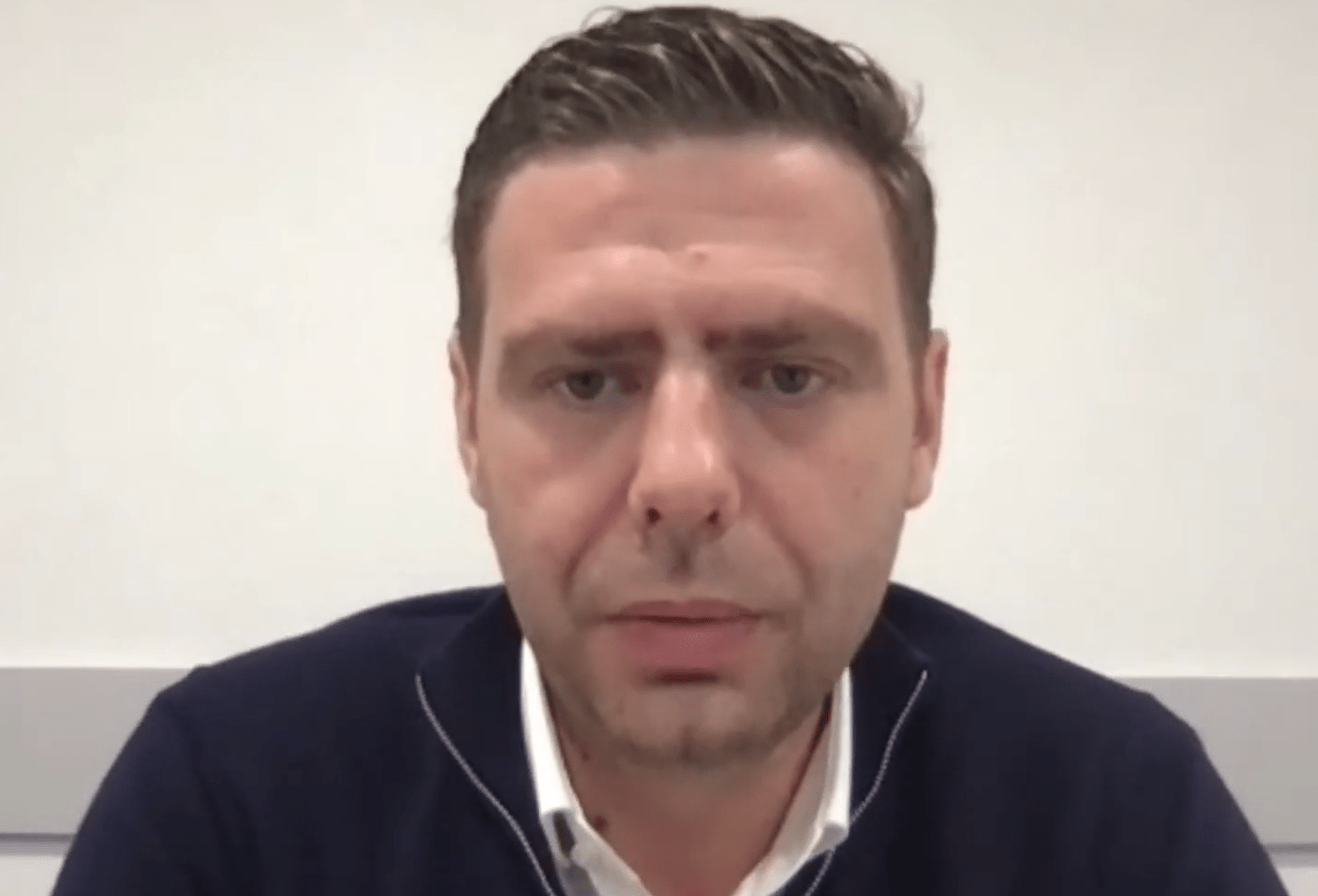 Marius Costache, GreenWEEE General Manager he also talked about the amounts that are lost in informal flows:

"Quantities are on the market, but reaching that percentage of 65% is hard to say. A lot is lost in informal flows and I think that if we had an "enforcement" in this area by the authorities, they would not be treated inappropriately. I estimate that only in the scrap metal stream, 50.000 tons of waste electrical and electronic equipment are lost annually, 50.000 tons, which put over 110.000 tons, means 160.000. Up to 185.000 tons is very little. " 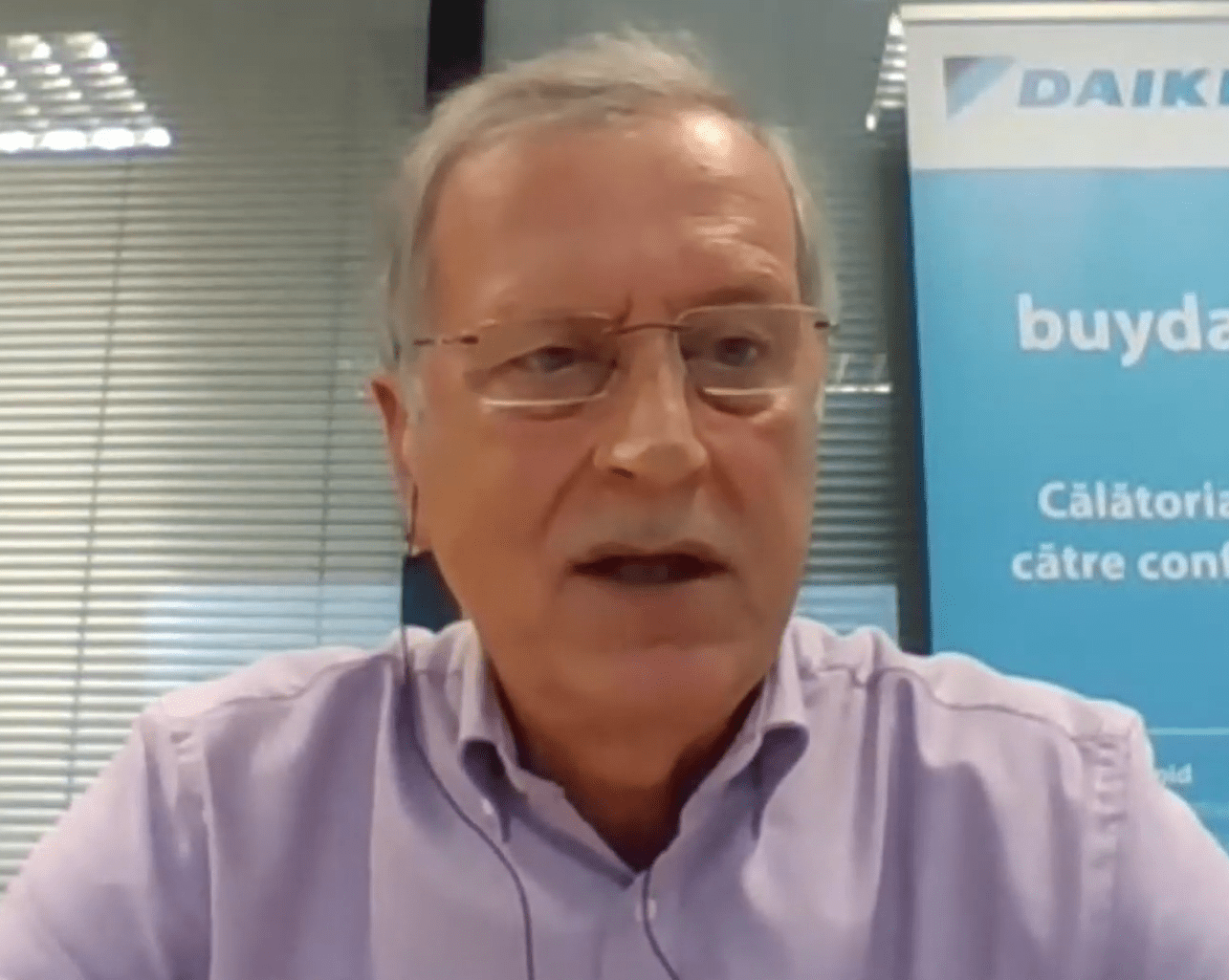 Gheorghe Nedelcu, Daikin Company Advisor, highlighted the issue of lack of regulation regarding the transition of electrical equipment manufacturers from one collective organization to another: 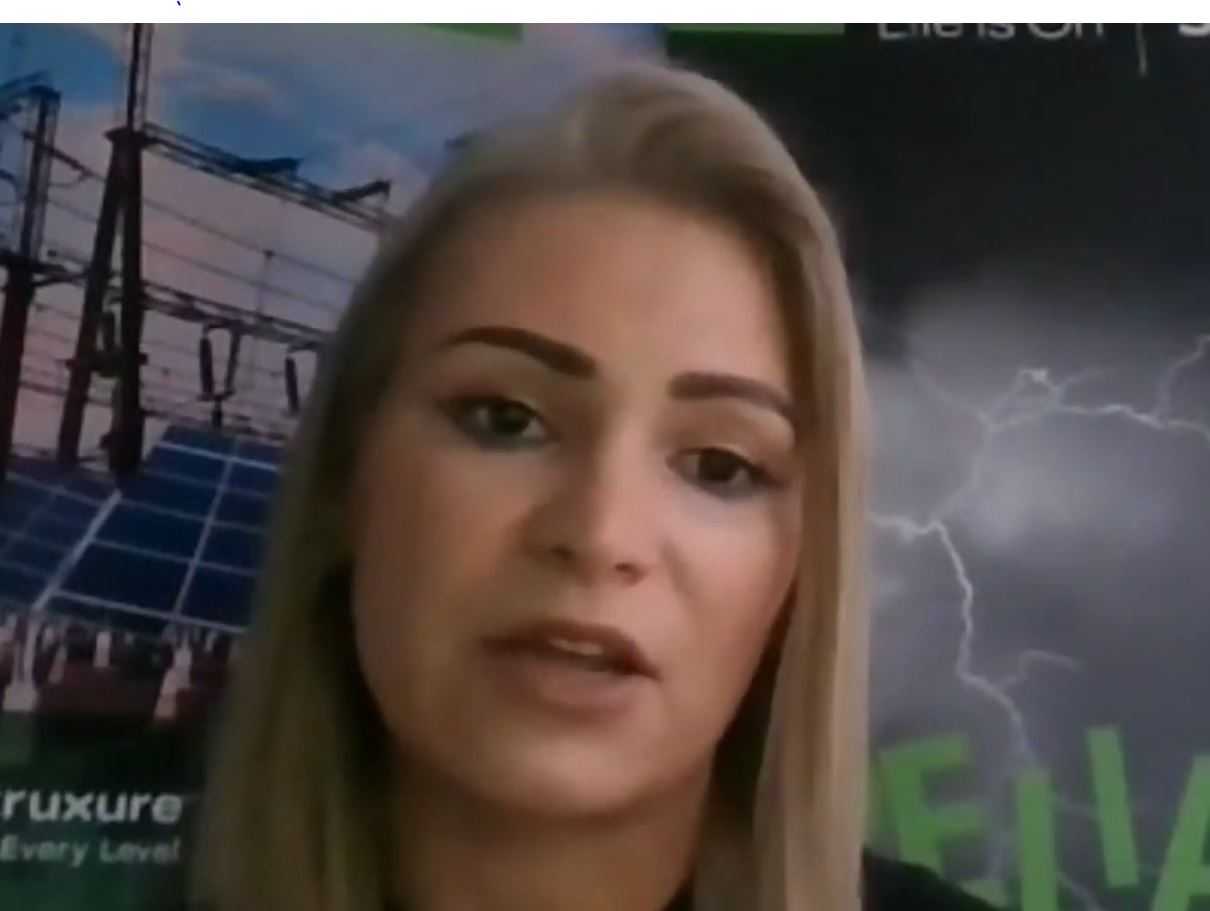 "The year 2021 was a year of challenges for every business environment, it was a year in which more than ever we looked for solutions for change, reuse, performance and efficiency. The reintroduction of electrical equipment for the second life cycle after circular certification, the reuse of all electrical components, as well as the development of all service centers, were the main pillars of sustainable revenue growth, helping us to transform climate and environmental challenges into opportunities. ”

Valentin Negoiță, The President of ECOTIC stressed the need for a new methodology for calculating the collection target:

"The calculation methodology included in the current European Directive is outdated. The European Commission plans to launch a study in the first part of next year to assess the situation in EU Member States. The study will evaluate the results recorded so far in the period 2014-2022 and the possibility of a new methodology that takes into account a longer period of life of the products, between 5 and 7 years, if not even longer. "

Dragoș Călugăru, Director General of ECOTIC, presented the relevant figures in the field:

"Romania has a target of 185.000 tons this year. An unrealistic target in the context in which a rate of 65% of the average marketed in the last 3 years is not reached by any country in Europe. There was only one exception, in 2019, in Ireland. Where are we? We will probably reach a collection rate of 40%, about 110.000 tons. It is a pretty good amount for Romania and we have to thank the retail for their contribution of 40-45% of this result " 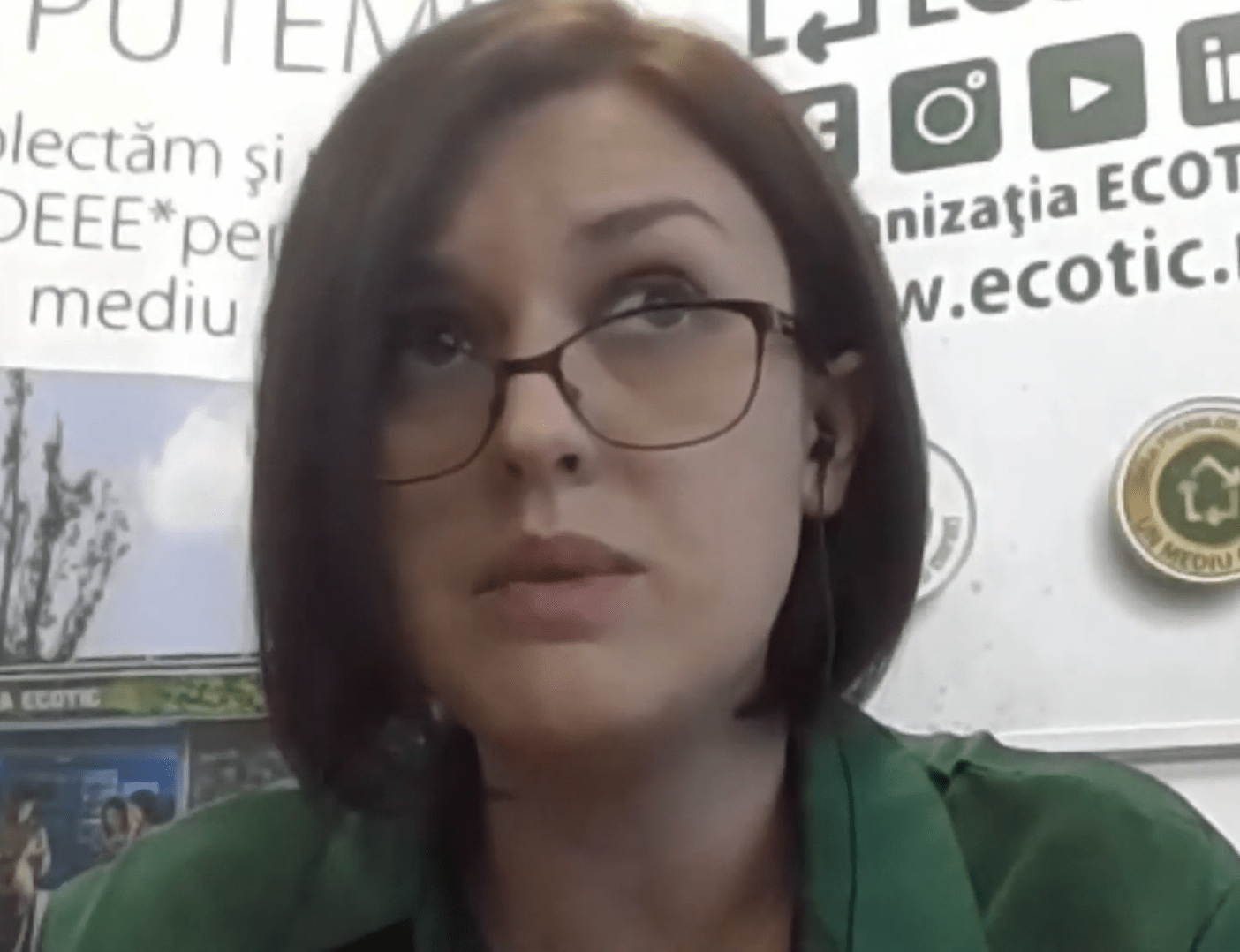 "By involving all the actors, we will be able to develop a simple and efficient collection system from private households in particular and from the secondary business environment. Only in this way will we be able to increase the percentage of 1% from these mayoralties, LPAs, sanitation, why not to 50%, even 75%, as it happens in the countries of Western Europe. "

Interventions in full version of all those present at the event are available there.

← They handed over the electrical waste for recycling and won Participate in International Battery Day by handing over used batteries for recycling! →