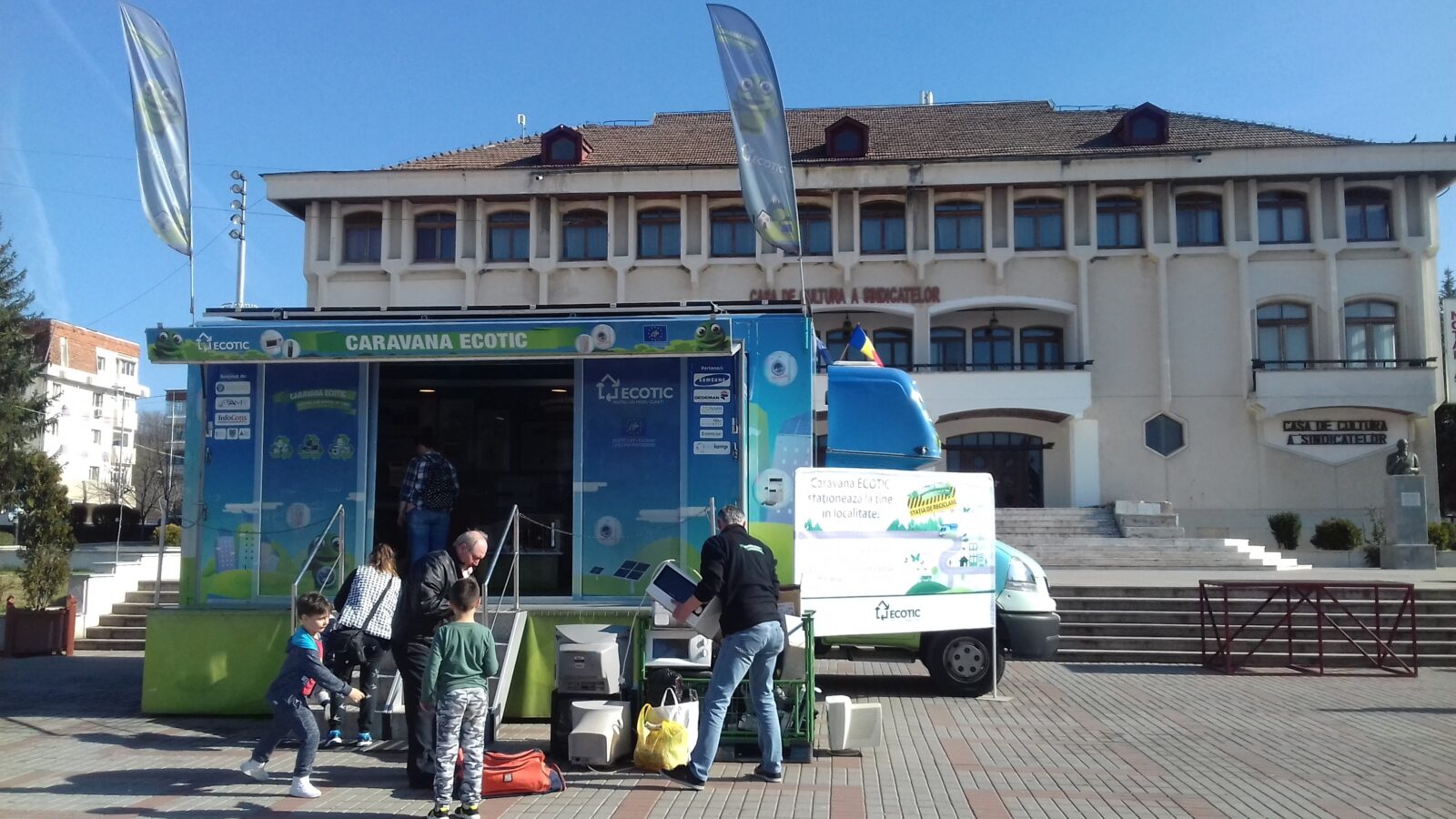 of Recycling is an information and waste collection campaign for electrical and electronic equipment (WEEE), launched by the ECOTIC Organization in June 2016 and dedicated especially to the rural environment in Romania. After crossing the counties of Iasi and Brasov, "Recycling Station ”continues its route through Arges County, carrying out the second stage in the period April 21 - May 5, 2017, in partnership with ADI Servsal, Arges County Council and Arges Environmental Protection Agency.

After passing through 30 localities in Iasi and Brasov counties, Recycling Station arrived, starting with March 20, 2017, in Arges County as well. The localities visited during the first stage were Mioveni, Titesti, Schitu-Golesti, Campulung and Leresti. At the end of this stage, over 6 tons were collected from the localities of Arges 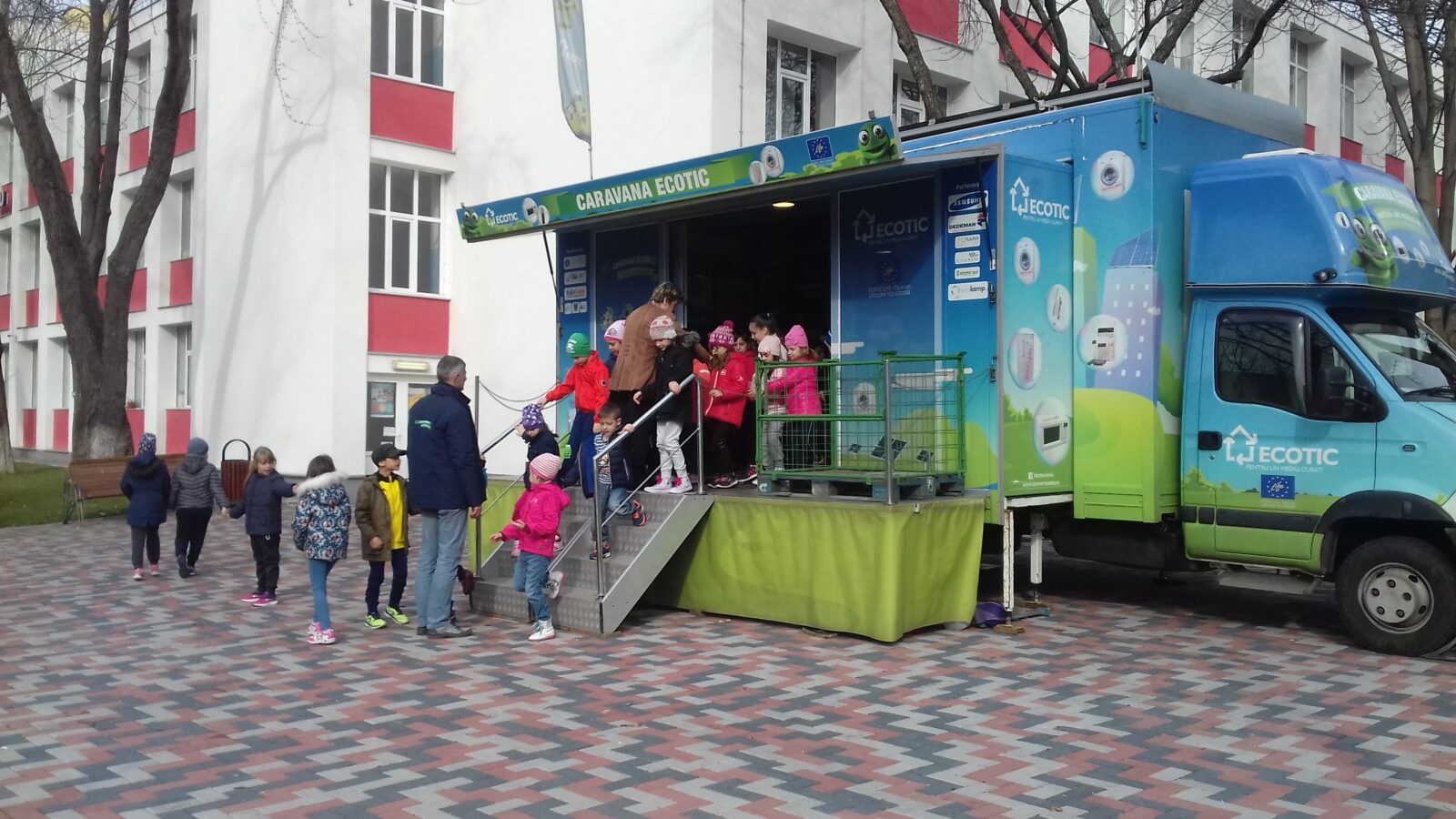 Between April 21 and May 5, 2017, Recycling Station will enter the second stage, visiting the following localities in Arges:

Residents who will hand over at least 5 kg of waste electrical and electronic equipment will participate in a raffle with prizes, consisting of shopping cards.

Until the end of the campaign, the ECOTIC Caravan will visit 5 more localities in Arges.

← "Clean Cities" results: Botoșani Green Group and ECOTIC help you recycle with SIGUREC MOBIL, the waste collection service in front of the house →