"Recycling Station" - Sibiu: the results of the first stage

"Recycling Station" is a campaign d 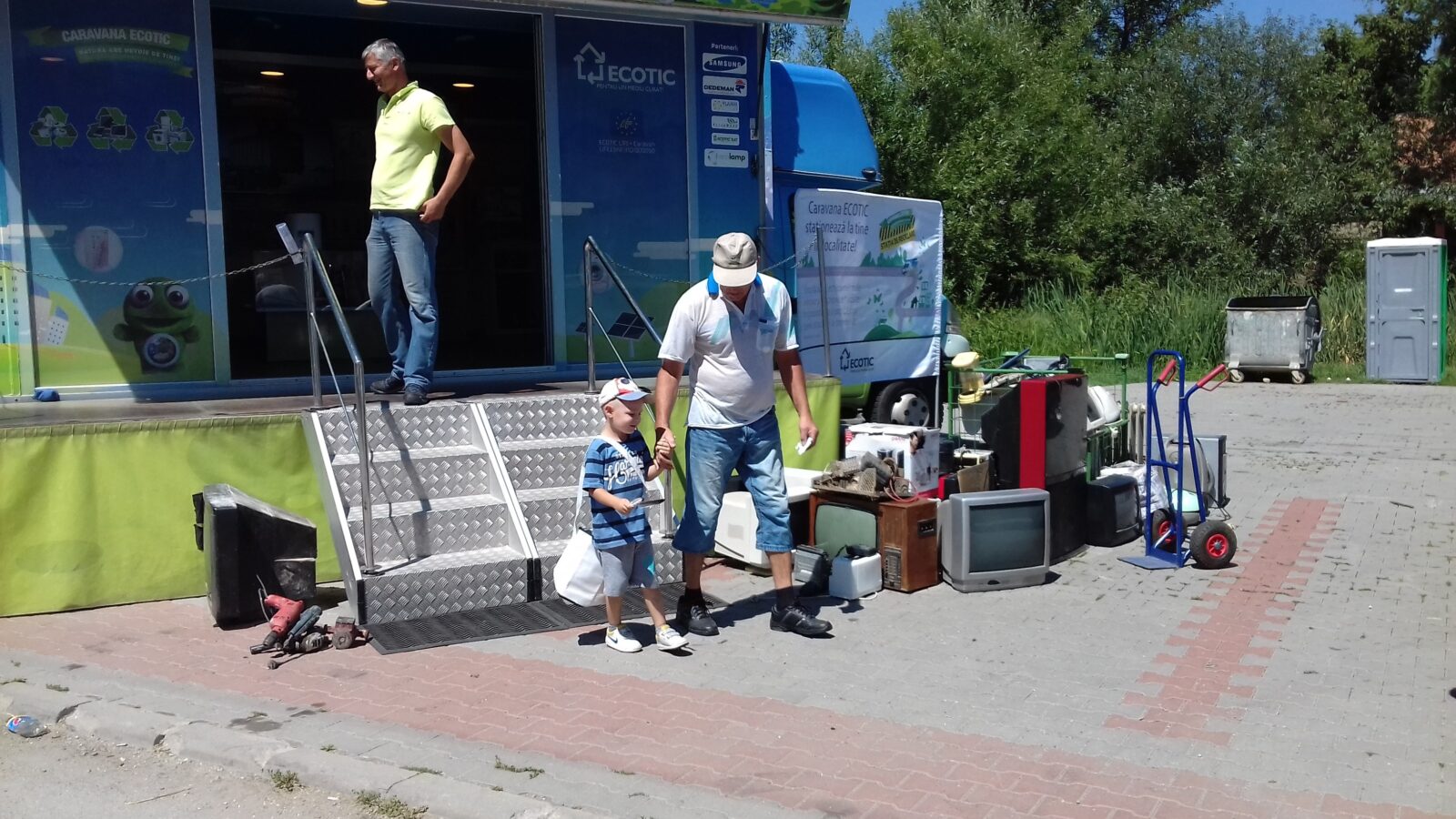 is information and collection of waste electrical and electronic equipment (WEEE), launched by the ECOTIC Organization in June 2016 and dedicated especially to the rural environment, but also to the urban environment in Romania. "Recycling Station ”also started in Sibiu County, starting with July 18, 2017, with the support of the Sibiu Environmental Protection Agency, the Eco Sibiu Intercommunity Development Agency, RECHORALEX, as well as with the informative support of the Sibiu National Environmental Guard. In the first stage of the campaign they were collected 15 tons of WEEE.

In 2017, Romania has a mandatory national target for the collection of waste electrical and electronic equipment (WEEE) of 45%. In this context, the ECOTIC Organization launched, in 2016, two national campaigns - one dedicated to the urban environment (Clean Cities) and one dedicated mainly to the rural environment (Recycling Station) meant to best cover the territory and send the message of need. correct collection and recycling of WEEE to a wider audience.

1000 people from the 5 visited localities handed over for recycling 15 tons of waste electrical and electronic equipment.

Until the end of the campaign, the ECOTIC Caravan will visit 15 localities in Sibiu.