Steps for WEEE - project of the ECOTIC Organization, co-financed by Norway Grants

The ECOTIC Association carried out in the period 2015-2016, the activities within the “Steps for WEEE” project, co-financed in proportion of 90% by Norway Grants.

Innovation Norway (www.eeagrants.org; www.norwaygrants-greeninnovation.no) is a line of financing of the Norwegian Government to develop in Romania projects to increase the competitiveness of the green economy, the development of environmentally friendly technologies, the creation of jobs in the green industry and the encouragement of entrepreneurship in this segment.
The goal The main advantage of this project was the improvement RATES recyclable waste collection and impact reduction negative on the environment in particular of waste electrical and electronic equipment (WEEE). The main planned result of the project is the construction of a Municipal Center for the Collection of Recyclable and Hazardous Waste, from the population, in Municipiul Iasi. This Center aims to become a local solution for the Municipality of Iasi and an example of good practice at national level. The need to make such a waste disposal solution available to citizens derives from:
- low values ​​at national level of WEEE collection rates, recyclable waste;
- inefficient infrastructure of municipal solutions for collecting recyclable waste;
- WEEE drains into metal waste streams;

The Green Industry Innovation program for Romania is a business development program. The vision of the program is: "Good for business and Good for the Environment". The program implements the concept of green industry in practical global understanding. Activities to be supported are: development, implementation, investment and training related to green technologies, green products and innovative services, waste reduction and reuse, energy efficiency initiatives and more efficient use of energy from renewable sources in business operations, as well as increasing the efficiency of resources through the system and the process of innovation in business operations.

InErgeo is a member of the Norwegian Hazardous Waste Association - www.nffa.no 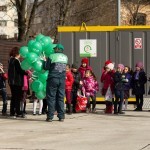 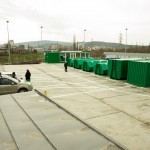 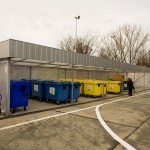 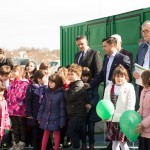 In December 2014, the partnership was signed with the Municipality of Iasi - HCL 395/2014 regarding the approval of the establishment of a Municipal Center for the Collection of Recyclable Waste and Hazardous Waste from the population. The center located on Stradela Gradinari no. 26 from Iasi, is a result of the association between the Municipality of Iasi and the ECOTIC Organization http://www.primaria-iasi.ro/content.aspx?item=1628&lang=RO

Joint visit of the representatives of ECOTIC, Iasi City Hall, Salubris SA, ADIS Iasi in Norway, in which the good practices in the field of municipal waste management were analyzed.

Pe March 10 2016, had the launch of the center. More information about the Iasi Municipal Collection Center can be found on the dedicated website www.cmciasi.ro 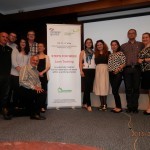 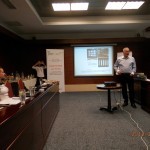 Between May 14-15, 2015, ECOTIC staff participated in the LEAN Training training session, facilitated by InErgeo, partner in the project. The main purpose of the training session was to understand the main ideas and philosophy of LEAN, applied to its own activity and to WEEE recycling activities.
Results - acquired professional skills: 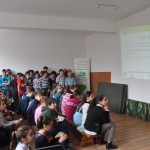 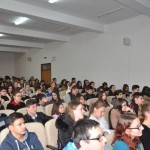 In period February 17 - March 14, 2016, 1350 students from 21 schools, they learned notions about selective collection and were informed about the launch of the first municipal collection center opened right in Iasi (CMCI).

The students of the 21 schools asked questions and showed interest in everything that means separate collection, including the new center in their city. 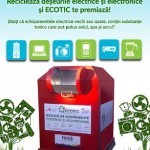 ECOTIC, in partnership with City Hall of Sector 3 si Rosal Group, launched the WEEE street collection system in Sector 3 of the capital within the project Steps for WEEE.
The initiative involves the development of a waste collection infrastructure for small electrical and electronic equipment, by placing in the public space and with easy access a number of 15 collection containers.

The containers are located in the following locations: 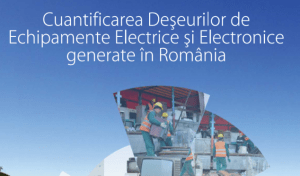 An important activity in this project is represented by the study of "Generated WEEE". More details about the study can be found here and related to its launch there.

News archive of this project: